The new CCS framework: A big opportunity for smaller suppliers 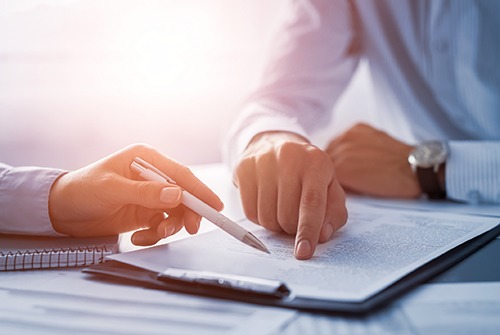 Next year will see the introduction of a revised Crown Commercial Service (CCS) facilities management framework. Simplicity of structure and a focus on involving more SMEs as service providers characterise the new approach.

Back in 2013, Lord Young of Graffham - advisor on enterprise and small business to the then prime minister David Cameron - published a report seeking to improve access to government contract work by small and medium-sized contractors  (those with fewer than 250 employees). Since then, across all government departments, the focus for service frameworks  has been on simplifying  access for smaller providers as well as creating commonly accepted terms and conditions  wherever possible. No more has this been the case than with FM services, and with the current CCS framework for facilities management set to expire in July 2019, its replacement  - to be put in place during 2018 - has the issues of simplicity,  ease of use and ease of access to markets firmly in its sights.

For some time now the Government, through CCS, has been keen to emphasise  to SME contractors  that it is significantly  simplifying  the process of tendering for public sector FM business. In 2015 it launched an online Contracts Finder service, allowing prospective service providers to register just the once (rather than for every occasion on which it sought to bid for work). It also became a requirement for government  departments to publish all of their contract opportunities  in the one place, allowing registered SMEs to see all possible work relevant to them. The 2018 online portal is set to take things further

 CCS is introducing a simplified tender process for all firms seeking to bid for government FM contracts.

 All documentation, including terms and conditions, is being written in plain English.

 CCS has produced a simplified bid pack for suppliers. Tender documents are shorter, and there are fewer of them. Terms and conditions have also been reduced.

 The FM Marketplace portal is being been designed to enable clients from NHS trusts, schools, universities, local authorities and charities to procure FM services from a wider range of SME (small and medium) and large suppliers.

 The new FM arrangement will be the first category within CCS to use both the new simplified tender pack alongside simplified (plain English) terms and conditions, written specifically for the new FM contracts.

 Consultation has included a number of supplier engagement sessions. Earlier this year, CCS released a prior information notice (PIN) informing the market of its intention to consult on the forthcoming new framework, following which there have been a number of supplier engagement events, with some live-streamed to enable as many time- poor potential suppliers to participate as possible.

The push for SME involvement

A key element of the CCS strategy is its desire to encourage "vastly more" suppliers, inclusive of SME's, than have traditionally been seen on a CCS FM Framework.

John Kenny MBIFM is the deputy director - Head of Workplace (FM & Estates) at Crown Commercial Service. It is his job to lead the renewal of CCS's FM framework agreements.

"Facilities management  as a category is the first adopter of the new central government  standard contract with its dramatically simplified terms and conditions," explains Kenny. "But just as importantly  we're introducing  a modular approach which splits those terms and conditions into specific schedules and modules that can be more easily digested by prospective contractors online."

One main access benefit will be the new online portal, where contract specifications  will be presented in newly simplified and modularised  form. This new CCS digital platform will be branded The Facilities Management Marketplace,  its intention being to take customers  'through a journey of collecting the information necessary to approach the market. The aim is to make the FM marketplace  as easy to negotiate as any typical large online retailer.

Says Kenny: "The idea is that there will be core terms to which everyone adheres. But do our smaller contracts need the performance  bonds and collateral warranty arrangements  that typify larger and more complex arrangements?  The answer is probably no - but our previous standard form of contract for FM included all these things, and that was proving a barrier to the involvement  of smaller operators."

"We've taken this opportunity to strip it back and start again. There's a set of core terms, and these are supplemented  by some mandatory schedules; but there are also now a range of optional schedules that both buyer and contractor can select, which in turn builds up the correct terms and conditions  pack. So prospective suppliers do not have to sign up to every single one of our schedules and terms."

CCS accepts that much needs to be done to boost SME participation. At its current higher value tier-one contract, there are currently no SME suppliers. At tier 2, the figure is just 3 per cent; clearly these figures are nowhere near the government's aspirations  for SME participation.

The key here is to ensure bidding for business is worthwhile for SMEs. To this end, CCS is preventing larger suppliers from bidding across all three of these tiers, leaving gaps for SME suppliers to fill. "Some big suppliers are unhappy with this," accepts Kenny, "but I think they understand why we're doing it". 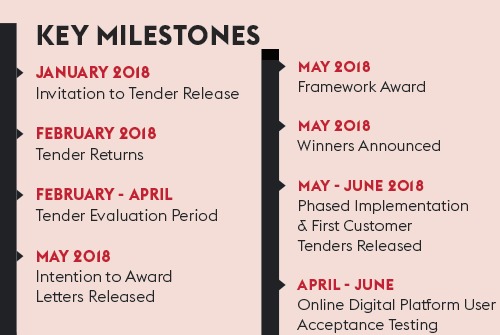  CCS operations are broken down into a series of framework agreements and other solutions such as Dynamic Purchasing Systems, enabling the government to act as a single customer.

 The current FM framework comes to an end in 2019. Its replacement is being introduced in phases, from this coming January.

The new FM framework is set to be introduced in two phases. The OJEU publication for the first phase of the FM Marketplace will take place in January. The tender submission date for supplier returns is 12th February 2018.

As well as SME penetration, CCS is also focused on the government's  desire to stimulate wider UK growth through more local purchasing.  To allow more local delivery of services, CCS has split the country into 63 areas. Suppliers are being asked to detail the regions in which they operate, and it will also allow suppliers to adapt their profile to include more regions when they are capable of offering to that area.

Many SMEs do not operate nationally," says Kenny. "But historically,  you would have to deliver services across the UK in order to get on the framework. While accepting there is still a need for large complex national FM contacts, we also realised the need for less complex and lower value contracts. There's a huge number of public sector contracts in that value band, particularly  across the NHS and in schools, for example."

"Through the lotting structure and selection process we've designed, the portal will down- select from up to 175 suppliers from across the country," explains Kenny. "It will select through a guided match process the best supplier to deliver that service in that location."

SMEs should be further incentivised to participate by the news that some contracts are to be directly awarded. Kenny says that certain low value work of up to £1.5 million in value will be awarded by 'direct award', with eligible suppliers being ranked purely on rates held at framework level. .The hope is that certain smaller suppliers, freed from the need to pay consultants to help them navigate the standard tender process, will be in a stronger position to win certain public sector business.

All in all, the message to SME FM service suppliers is a welcoming one.

"We're trying to make the process of contracting FM work with government as easy as possible for both the supplier and the customer who has to address and purchase from the portal."

As and when further specifics are announced,  BIFM will provide an introductory  briefing on the framework for members. Meanwhile, prospective suppliers are encouraged  to visit CCS's procurement pipeline pages at: