FSG to handle FM for Starbucks throughout UK 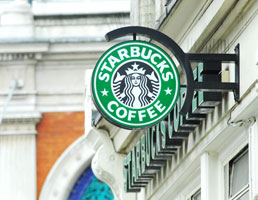 Facilities Services Group (FSG) has won a major contract extension with Starbucks for all their 680 outlets in the UK and the Republic of Ireland.

The win is part of FSG's strategy to move into wider FM delivery in more sectors through leveraging its expertise in energy management, said chairman David Simons in an exclusive interview with FM World.

The Starbucks contract is for general FM services including building and fabric maintenance, a 24/7 helpdesk and compliance work such as electrical testing. It is an extension of a smaller ongoing contract for only south London outlets where FSG has been working with Starbucks for several years.

"FSG has a great potential for growth and I want to see that through," he told FM World. "Its employees are young and want to succeed." And a new senior management has just been put in place, including George Lilley whose appointment as FSG managing director was announced earlier this week.

FSG has traditionally focussed on M&E and fabric maintenance, explained Simons who himself was appointed chairman only at the beginning of the month. But the market for improved energy management and also for better health and safety management is going to get more important to businesses, especially with carbon reduction commitments coming into play over the next two years.

He foresees a big push by FSG into the energy management side of FM because of FSG being part of Spice plc, an energy supply and management consultancy.

"Spice has a raft of more than 5,000 very clever people and we have not been the best at tapping into their knowledge. It's something we haven't been shouting about, but that's about to change."

Spice is a provider of outsourced infrastructure support services principally to the utility sector. It was founded in 1996 through a management buy-out from Yorkshire Electricity. It offers energy supply and buying services as well as energy management consultancy. The businesses include brokerage firm ESP, Nifes energy efficiency consultancy, as well utility management consultancies Inenco and Energy 2000.

Spice has just set up a £6m training and conference centre near Corby, Northamptonshire. Lord Young, Minister at the Department for Business, Innovation and Skills, opened the centre that was purchased by Spice as a skeleton 77,000 sq-ft property on eight acres in December 2008. Spice employees designed the renovations and carried out the work to the two-storey facility.

The centre was set up with a view to focus on key utility sector educational qualifications such electrical engineering disciplines to 132,000 volts. An on-site high-voltage pylon allows for training in overhead line construction, operational network management and cable jointing.

Other training includes domestic and commercial gas and electrical installations, renewable energy and low-carbon technologies as well as health, safety and environmental awareness.

But Simons is determined that the scope will be widened now to include FM management courses, and not just for FSG employees but for client-side managers. It is part of his philosophy to "marshall all available resources" to boost market share for FSG.

From a single contract worth £3m a year, Spice has grown to more than £300m in turnover, or which FSG contributed around £40m last year. Simons want to "substantially improve on that", although he gave no target. On something like turnover, he explained, if you get only 80 per cent of the target, you haven't really failed because you raised your game and that is what counts.

"We will be looking for acquisitions but I foresee most growth coming organically. You can spend millions on buying a new company along with its contracts or you can invest a lot less and win your own multi-million deals."

What he does want to be careful of is putting too many eggs into one basket. "We want to spread our contract wins around many sectors to get a good balance of business. If you had 35 per cent of your work in the financial services sector, look what happened in there."