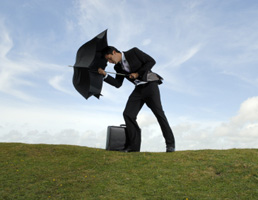 Operating profit at Serco jumped 5.5 per cent on the back of revenue that rose 4.9 per cent, according to its half-year results.


Despite the encouraging results, Serco reported continuing “UK and US headwinds” that are damping greater growth.

Notable rebids, extensions and contract wins during the first half included the prisoner escort and custody services for London and the east of England, with a potential value of £420 million over 10 years.

An HM Prison and Young Offenders Institution project in Doncaster is worth around £250 million over 15 years;

A maintenance and support services for AgustaWestland’s support of the Royal Navy’s Merlin helicopter fleet will bring in around £33 million over five years.

Overseas, a court security and custodial services contract in Western Australia is worth nearly £134 million over five years, and a logistics and base support contract in the Middle East for the Australian Defence Force is valued at almost £32 million over two years.

However, “in the UK, performance was varied”.

“Our international portfolio has delivered a good performance in the first half year through the commitment of our people to providing high-quality and cost-effective essential services,” said Christopher Hyman, Serco Group chief executive.

“Without doubt, our markets in the UK and US are facing challenging conditions. However, the breadth of our portfolio, our presence in fast-growing international markets, our significant new BPO [business process outsourcing] capabilities and the flexibility and innovation of our 100,000 people underpin our strong growth opportunities into the future.”

In July, Serco acquired BPO provider Intelenet, based in Mumbai, for around £386m. It operates 34 centres in seven countries and has more than 32,000 employees, of which 28,000 are graduates.

Intelenet has a strong customer base in the UK, USA and India, including Barclays, State Bank of India, Travelport, Apria Healthcare, BSNL and Aircel.

Serco said Intelenet provides access to “attractive markets” internationally and also within India, where the BPO market is forecast to grow around 15 per cent annually in medium-term.