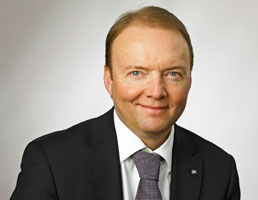 ISS Group has reported a strong performance in the second quarter of 2011, continuing the growth momentum seen in 2010 and the first quarter of 2011.

Organic growth was 6.2 per cent in the second quarter of 2011 – the seventh consecutive quarter with an increase in the organic growth rate, according to results for the period 1 April – 30 June 2011 and for the first six months of 2011.

North America, Asia and Latin America delivered double-digit organic growth rates both in the quarter and the first half-year of 2011. From January to June 2011, ISS grew organically 6 per cent - double the 3 per cent organic growth in same period 2010.

“The organic growth was a continuation of the positive organic growth trend seen in late 2010, fuelled by the start-up of several large Integrated facility services contracts in 2011,” according to the statement.   Operating profit before other items increased by 4 per cent to DKK 1,959 million (£231.5 million) in the first six months of 2011.

The operating margin  - operating profit before other items as a percentage of revenue - for the quarter was 5.6 per cent.

“The operating margin is impacted negatively by overall economic conditions in Mediterranean countries, operational challenges in the Netherlands as well as the start-up of large national and international IFS (integrated facilities services) contracts."

“For the first six months of 2011 we have positive revenue growth in all our geographies combined with an increased operating profit for the group. Though in certain geographies margins came under pressure in the second quarter of the year, particularly in some Mediterranean countries and the Netherlands.”

In the second quarter of 2011,  ISS won important contracts with 23 airports in India as well as with Phillip Morris International, Tesco, Carlsberg, GM and Johnson & Johnson.

“We are continuing the implementation of large integrated facility services contracts. In June, we successfully extended the maturity profile of our debt, giving ISS and the owners better operational flexibility and full flexibility to re-initiate the IPO (initial public offering) at a favourable moment.”