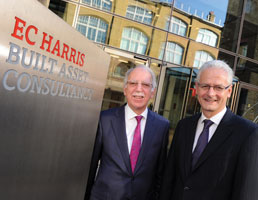 Despite the collapse of the G4S and ISS merger yesterday, the FM sector is likely to continue seeing large international deals, according to FM World’s business analyst Graeme Davies.


G4S shareholders scuppered one of the biggest international facilities mergers in recent years by giving the thumbs down to ISS.

A statement issued by Copenhagen-based ISS said its’s owner, FS Invest, agreed with G4S that the company’s proposed acquisition of ISS for £5.2 billion should not proceed.

But as Europe heads into what looks like another recession with an effectively frozen banking system and shrinking governments, “any buyer with cash is going to be negotiating from a rare position of strength”, said Davies.

“That’s why cash-rich sovereign wealth funds and pension funds are eyeing up assets across Europe.

“It is also likely that we will see an uptick in corporate activity, even after G4S’s failed tilt at ISS of Denmark.”

The G4S and ISS deal had all the hallmarks of a bold deal struck “at a moment of distress in the European economy”, said Davies. “The private equity owners of ISS appeared increasingly edgy about shifting an asset which has been effectively on the market for several months.

“But, unfortunately for the ambitious G4S chief executive Nick Buckles, some shareholders were spooked by the wider economic conditions and do not seem to share his vision for an integrated service company offering all manner of outsourced services from security to office cleaning and pretty much everything in between.”

The problem with such deals is the leap of faith required by investors to follow management’s hunches. “This is something which requires extreme confidence in management, especially in such fraught times,” said Davies.

However, on the same day as G4S and ISS called it quits, EC Harris announced its partners had overwhelmingly voted in favour of merging with Dutch consultancy Arcadis.

The merged business will have almost 19,000 employees and nearly £2 billion in revenue. “EC Harris will continue to operate as a partnership and the EC Harris brand identity will be retained,” said its statement.