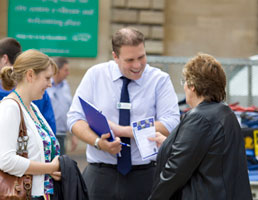 The contract, subject to final agreement, is worth more than £200 million and has a potential five-year extension, an LPA spokesperson told FM World.

The multi-facetted deal is set to make the LPA "the leanest police force in Britain", said a statement.

G4S won over a bid from Steria in conjunction with Reliance, the LPA noted.

The partnership will deliver:

The LPA said it expects "significant savings, while also providing investment in key areas like IT infrastructure". The subsequent streamlining of processes will free up officers' time to concentrate on operational policing.

The LPA said its operation already has "the lowest cost per head of population". But the agreement is not the final solution for the LPA as it grapples with a budget cut in real terms of nearly £21 million within the next four years.