Chapco 'takes a pause' from acquisitions 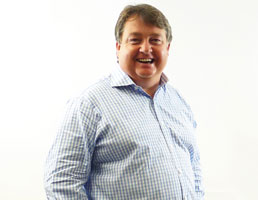 
After making several acquisitions, hard FM provider Chapco is "likely to take a pause for the next  year or so" to focus on organic growth.


Chapco centralised its back office functions to Birmingham in the past six months as part of a strategy to consolidate its businesses, newly appointed chairman Stuart Black told FM World in an exclusive interview.

It will look for efficiency savings and organic growth, he said. The privately-owned business remains a small company at the moment, with a turnover of around £20 million. However, Black sees this doubling in the next two and half years.

Chapco's main markets have been in the commercial and industrial sectors and now include retail, leisure and healthcare after the acquisition in August 2010 of 24Seven Group - a property maintenance business based in Livingston, West Lothian.

In October 2008, it bought IT consultancy Century Computing and in August 2009 it purchased Globe Worldwide, a telecoms consultancy.

Chapco received a  £5 million cash injection in mid 2010 by capital private equity business Next Wave Partners in return for a "significant minority stake" in Chapco.

Black believes Chapco is now in a good growth position. It has no debt and with its financial backer Next Wave committed for the long-term, organic growth is the focus, although not at all costs.

"But if we grow by only 50 per cent, that's fine too," he said. "What we won't do is compromise on our delivery of services for the sake of growth."

Black said there are some retailers it will not work with because the margins would be too low for the contract to be sustainable. The construction industry went down that route 20 years ago, he said, and they and their supply chains survived on the knife-edge of a high number of contracts to compensate for low individual margins.

Black is open about eyeing margins of around 10 per cent. He said his past 20 years in the support services sector - including construction - has taught him a lot about margins and 3 per cent is just getting too low to enable a continued high level of service.

The expanded business has around 200 employees, but that belies the scope of the services it offers, thanks to its business model. Around 60 per cent of work is self-delivery and 40 per cent is done by contracted suppliers.

In that respect, Chapco is like a construction business, said Black. By having a
good supply chain of local businesses, Chapco can operate nationally. But it relies on a network of good suppliers and applying the right key performance indicators to maintain a consistently high level of service delivery.

Black, 43, was a director of quantity surveyors Bucknall Group from 1986 to 1998 and was part of the management buy-out team that created Citex Group. He later moved to outsourcing specialist Mouchel, where he was business development director until moving to social housing repairs business Mears as its chief executive in 2004.

He lefts Mears in 2007 and became chairman of several companies, including Essex social housing provider Lakehouse and APT Group, a provider of transport, traffic management and parking systems.


Chapco 'takes a pause’ from acquisitions