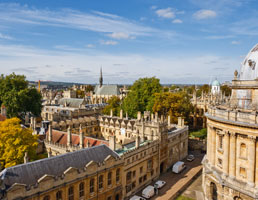 Oxfordshire County Council has awarded a 10-year contract to Carillion for the provision of property and facilities management services.


Under the deal, estimated to be worth around £500 million to Carillion, the council will achieve annual savings of at least £550,000, according to a Carillion statement.

It will also take on the council's school catering business, Food with Thought, and its in-house Quest Cleaning Services. More than 700 staff will transfer to Carillion.

Carillion also has appointed Capita Symonds as a consultant to deliver strategic asset management, estates management and multi-disciplinary design services. The agreement is expected to generate around £42 million of revenue for Capita over the 10-year life of the contract, with the potential for additional revenue from the framework agreement.

Around 90 council employees will transfer to Capita, according to a statement by Capita Symonds.

A framework agreement has also been put in place through which other local councils and bodies within Oxfordshire can procure services, which could increase Carillion's revenue by an additional £200 million over the contract's 10 years.

Participating bodies include health and other public sector organisations, the district councils, schools including academies, and further education colleges.

The council also has the option to extend the Carillion contract for a further 10 years, based on performance.

"The council has taken advantage of the opportunity to combine a number of contracts that had previously operated independently of each other," said Huw Jones, director for environment and economy at the council. "This will provide comprehensive, high-quality services that also operate more cost effectively, not only improving consistency and resilience, but making financial common sense."

"We have an excellent track record of improving local services and creating jobs through local authority partnerships across the UK, and look forward to achieving the same success in Oxfordshire," said Dave Spencer, executive director of Capita Symonds.