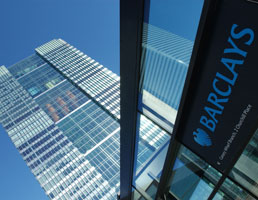 ISS has announced a deal with Barclays Bank that will see the service provider deliver integrated FM to sites in the UK, Europe, the Americas, Asia-Pacific and the Middle East.


The deal makes Barclays one of ISS's largest customers, according to its statement.

FM understands that the contract - believed to be worth between £200 million-£300 million a year - is for ISS to self-deliver the services, a move away from the previous provider Johnson Controls, which also acted as managing agent for local suppliers globally.

ISS said that under the deal, which will go live in the autumn, it is designing a management information system called [email protected] to allow "real-time data" on all aspects of the contract to be reviewed and analysed by both Barclays and ISS from any part of the world.

Jeff Gravenhorst, chief executive of ISS Group based in Copenhagen, said the contract is a "groundbreaking new partnership".