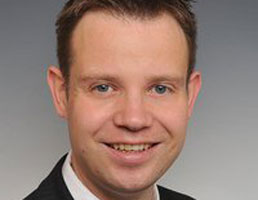 
The deal, which was sealed on 17 August, is a 100 per cent acquisition and no redundancies are planned, Charlie Sinton, Rollright's commercial director told FM World.

All senior management is staying in place and the business will embark on an "aggressive" expansion, especially within the public sector, and a big boost in turnover, he said.

Rollright has around 250 employees and a turnover to last March of around £10 million. "Within three years, this could be £100 million," Sinton said.

No name change is planned in the short-term, although that might change in the medium-term.

The majority of Rollright's contracts are with "high-end corporate clients" in the UK, but the company has been looking at pan-European delivery. HSG Zander, through its parent business, has a very strong presence on the Continent, Sinton said.

Similarly, Bilfinger has had no presence in the UK, with the exception of two private-finance initiatives at hospitals in Gloucester and Hull. This forms a solid base from which to chase more, and larger, public sector contracts, said Sinton.

Pinder Hujan, chief executive officer of Rollright, said in a written statement that "the market is changing and it's critical to provide pan-European capability, not only to some of our current customers' but also to those we aspire to work with". He said the deal with Bilfinger "provides the critical infrastructure and major contract experience that will provide the correct platform for the next phase in (Rollright's) expansion in the UK".

"We have ambitious growth plans for the UK and the leadership team within Rollright is ideally placed to oversee the exciting times ahead," said Ramon Knollmann, managing director of HSG Zander.

Bilfinger Berger posted a 9 per cent boost in orders received in the first half 2012 to £3.3 billion. Earnings before interest, taxes and amortisation (EBITA) was up 44 per cent to nearly £194 million.

However, net profit at the half-year mark was down 39 per cent on the same period last year, to £127 million. This was due to discontinued operations, primarily the sale of construction and engineering business Valemus Australia in March 2011 to Lend Lease Group.

A half-year statement issued earlier this month noted that Bilfinger Berger plans to achieve net profit of between £209 million (2011: £137.5 million) assuming there are "no crisis-like developments in the economic environment" over the course of the year, the statement said.

"We will have to continue to work hard in the second half of the year to achieve our financial goals in an increasingly nervous market environment," said Roland Koch, chief executive officer of Bilfinger Berger.
Also filed in:
News
Content
Workplace services
Topics
Sectors
Cleaning