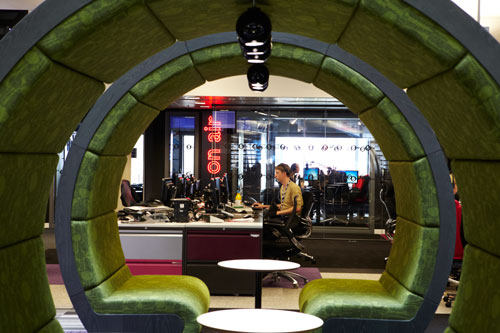 The BBC will seek to replicate the FM model it has in place at its Media City complex across its national estate.

As FM World reported on Friday, The BBC has announced the 'long list' of total FM contractors that will be bidding for what it calls "one of the biggest and most prestigious Total Facilities Management contract opportunities in Europe."

The deal is valued at around £700 million. Babcock Group, Balfour Beatty, Interserve, JCI, Mitie, and Sodexo are the companies that will take part in a two-stage competitive dialogue.

Speaking to FM World ahead of an initial bidders' conference this Wednesday, project director Lucy Dawson said that the broadcaster's policy of 'embedding' FM personnel within the BBC's own teams at Media City is something it will seek to roll out across its national portfolio of more than 150 properties.

"With the Salford buildings we introduced a new model," said Dawson. "We offered a more flexible way of working, bringing the BBC's different genre teams together to share tech space and with FM personnel embedded in those teams. That's since been taken to the next level at New Broadcasting House in London; now we're really maximising the tech assets we've got and working with our different divisions to offer true flexi-desking."

Dawson explained that the BBC intends to create a common workplace experience for all its workers whatever their location. "We recognise that one size won't fit all, but we want to achieve as much consistency as possible," said Dawson. "When they walk in, they should be able to find a functional desk and know immediately who to ask for assistance, whatever their requirement. What is abundantly clear is that our current FM model away from Media City doesn't reflect that change and is too engineering based. We need a much more customer-focused model, and one that is consistent experience across the BBC estate; this is why we're tendering FM as a national contract for the first time."

"One of the reasons we're having the competitive dialogue process is because we want to engage with the bidding organisations. All six are perfectly capable of delivering a national contract, but the question is how they are going to bring about the change we require."

The BBC is also considering whether the outsourced FM provider should offer an element of the IT support previously provided by its own in-house staff. Said Dawson, "We're considering taking it a stage further so that FM is offering first line technical support, such as printer and laptop connectivity; currently these are two completely distinct functions."

The new national contract will run for an initial five years from 2014, with the possibility of two two-year extensions; this means that the winning contractor could be in place for nine years through to 2023. Currently, JCI provides FM services for the BBC's London and Scotland portfolio while Carillion services the broadcasters' Northern Ireland estate. Balfour Beatty Workplace provides FM for the BBC's English estate outside of the M25, including Media City.

Dawson explained that the BBC sees 'next generation outsourcing' means a more customer-focused but technologically-aware outsourcing deal. "I believe the world has moved on and we need to catch up. We need our service partner to be working with us to ensure that any change is ongoing."

As part of the competitive dialogue, bidders will be expected to explain how they will adapt over the life of the contract to the changing nature of the BBC's estate. Over the course of the next nine years, the broadcaster will see more consolidation of its portfolio and the redevelopment of several sites.

Said Dawson: "We see our technological and workplace departments getting closer and closer over time, and we want the bidders to explain to us how they will adapt to that." 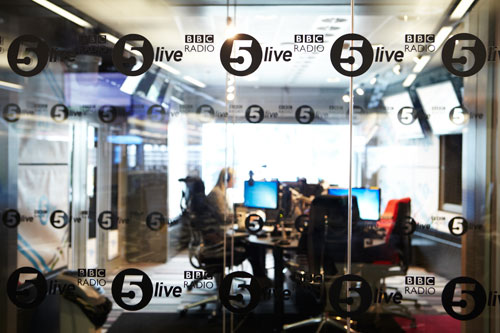