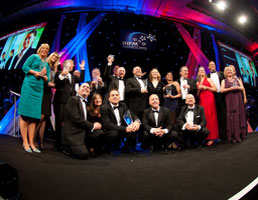 Impact on organisation and workplace

In-house team of the year

Innovation in the use of technology and systems

Deborah Rowland, head of facilities management at the Government Property Cabinet Office, has been crowned 2013 FM of the Year at the annual BIFM Awards and gala dinner.


Rowland received her award in front of an audience of 1,300 at the Grosvenor House Hotel in London.

Other big winners on the night included Comet Advisory for its strategic work in helping streamline FM services across three London boroughs (winning FM excellence in a major project), the FM team at Edge Hill University in Lancashire, who were named in-house client team of the year, and Servest, 2013's service provider of the year.

The award for profound industry impact went to Anne Lennox-Martin, whose customer service training was judged to have built a lasting legacy in FM.

Dedicated to recognising and celebrating excellence in facilities management, this year saw the BIFM bestow 12 awards, with categories ranging from impact on organisation and workplace to excellence in product development.

To read each winner's story, click the links on the right.


View a selection of photos from the Awards evening. 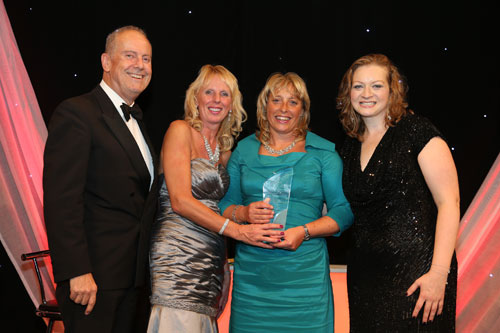 Deborah Rowland is no ordinary FM. After all, how many in the profession can say they directly influence government policy decisions and have developed a revolutionary operating model with a UK-wide impact?

But thanks to Rowland, it may not be long before we see similar success stories across the industry. For if ever there was a case for the value of FM, our 2013 FM of the year is it.

Rowland was tasked with delivering efficiency savings across central government on facilities management, a high-spend category (to the tune of £3.2bn a year) in an organisation urgently working to reduce its budget deficit.

"Government has made clear the bulk of reduction will be achieved through [cuts] in spending," Rowland said.

"FM [can achieve] significant running cost efficiencies across the public sector estate. Never before has FM had so much focus in central government."

Rowland has not only provided the vision needed to review how FM is being delivered across the public sector, and indeed revolutionise the way in which it procures, manages and delivers its FM services nationally, but has also exerted the influence required to drive government departments to act as one customer and accept the benefits of central buying, standardisation and co-ordination. No easy task.

The size and complexity of the estate, the number of stakeholders, the governance framework and the public scrutiny that accompanies spending of public funds also gives some idea of the scope of Rowland's role.

She has also focused on aligning construction with operation and asset management, leading a work stream within a government strategy to reduce the cost of construction projects by 15-20 per cent before the end of the current Parliament in 2015. From this, the Government Soft Landings concept arose, championing better outcomes for built assets during the design and construction stages and ensuring that value is achieved in the operational lifecycle of an asset.

Under her direction, the Government Property Unit's FM team within the Cabinet Office is taking important steps towards ensuring buildings are designed, built and operated to match the real needs of their users. The project encourages responsibility for creating more productive and sustainable facilities.

Rowland has even set up an FM industry group to consider the relationship between FM and building information modelling in more detail.

It should come as no surprise that Rowland has excelled in her role, considering this FM's exemplary CV. She has specialised in balancing cost and quality and producing tangible benefits for organisations as varied as KPMG, University of London, Sainsbury's and The Pearl Qatar - an artificial island located offshore of the capital, Doha, and spanning nearly four million square metres.

Rowland's fearless approach to getting the job done is evident in her comments to FM World about the latter project: "I worked  with property professionals who had not worked with women before and had to employ many qualities to overcome this barrier."

As if that wasn't enough, Rowland is also pioneering FM education and research, working with the Facility and Environment Management Board at University College London to join up university-based FM researchers and FM people in government departments.

"I joined the civil service because I wanted to make a difference," Rowland told FM World, and she has certainly done that.

What other conclusion could the BIFM judges have come to other than pronouncing Rowland an "outstanding winner"?
Also filed in:
News
Content
Topics