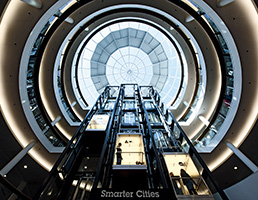 Bilfinger is expanding its FM operations with the acquisition of integrated facilities firm Europa Support Services.


The German engineering and services group said that the deal, for an undisclosed sum, will allow it to expand its facilities management business in the UK and Republic of Ireland from 35 million (£29.5m) to 215 million (£181m).

Bilfinger said that the acquisition would allow the firm to compete for large contracts in the UK with international companies there. It would also open up strategic options, the firm said, as international clients such as IBM, Deutsche Bank and Orange increasingly expect service providers to manage real-estate portfolios across national borders from a single source.

Europa Support Services was previously majority-owned by two private equity funds. Minority stakes were held by the founder's family and management. Bilfinger will acquire all shares in the company.