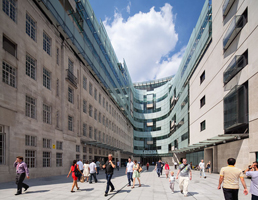 Interserve's security arm has been awarded a manned guarding and security services contract with the BBC.


First Security will be in the three-year contract with an option to extend it for an additional two years.

This is the first time the BBC has chosen one national security provider, having previously split the service regionally.

This contract will see skilled security personnel deliver services across the UK, including the Maida Vale Studios and Broadcasting House in London, and MediaCity UK in Salford.

The contract is in addition to the £150million five-year nationwide facilities management contract won last year by Interserve.