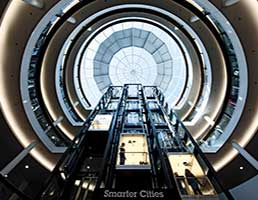 Bilfinger in for GVA

Engineering and services company Bilfinger is considering the possible sale of two of its divisions.

It has received offers regarding a possible acquisition of a number of its divisions, including its facilities management business.

The business has not disclosed the names of the interested parties.

The business reported that 2014 was an 'unsatisfactory year', with a significant drop in orders.

However, the building and facility business is one profitable part of the Bilfinger group. In its 2014 report, it noted that the division made 2.6 billion (£1.98 billion) in sales, a 13 per cent increase on the previous year, and accounting for more than a third of the group's total sales.

The success was supported in part by three acquisitions. Rollright Facilities was bought in 2012, when the FM division of Bilfinger was known as HSG Zander. In December 2013, Bilfinger expanded its FM operations with the acquisition of integrated facilities business Europa Support Services, while in 2014 it bought out real estate services provider GVA.