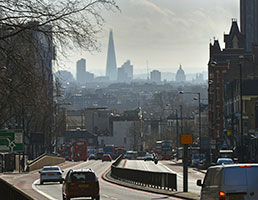 Amey has been awarded contracts worth over £52.5 million after more London boroughs signed up to the company's total facilities management (TFM) framework.

The framework was established in 2013 as an integrated approach to TFM between the London boroughs of Hammersmith & Fulham, Kensington & Chelsea and Westminster. Camden also joined the framework at the beginning of last year.

Under the contracts, Amey will deliver services including cleaning, security, and landscaping as well as planned mechanical and electrical services.

An initial tri-borough contract began in October 2013 with Westminster City Council, the Royal Borough of Kensington & Chelsea, and the London Borough of Hammersmith & Fulham.

That combined deal, which is expected to save each council over £2 million annually, includes building security, maintenance, catering, landscaping, cleaning and environmental management.

Amey was also awarded a £10 million contract to provide TFM services to the London Borough of Camden in October 2014, when it joined the framework.

Under the five-year contract, which began in January last year, Amey is delivering cleaning services as well as mechanical and electrical maintenance to more than 130 properties across the council's corporate estate.