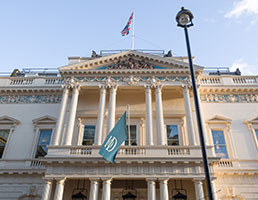 Mitie has been awarded a three-year contract with the Institute of Directors (IoD).

The contract will see Mitie deliver maintenance services and project works at the institute's headquarters in Pall Mall in Central London.

The IoD is the UK's longest-running organisation for professional leaders, dedicated to supporting its members, encouraging entrepreneurial activity, and promoting responsible business practice.

The IoD said that Mitie was awarded the contract due to its experience working in listed buildings including the Palace of Westminster and Welsh Government.

Last month, Mitie reported a 1.8 decrease in group revenues for the 12 months to 31 March 2016, but saw its operating profit more than double when compared to the previous year.