NLW will have a 'long-term' positive impact, says Ringrose 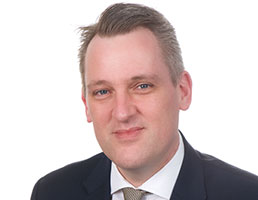 Adrian Ringrose believes that the national living wage will exhibit a positive long-term impact on the FM market, as clients look to understand the cost of employment and the value they are getting.

Speaking to FM World after Interserve released financial results for the six months to 30 June 2016, which saw the group report a slight rise in revenues on the same period in 2015 but a pre-tax loss of £33.8 million, CEO Ringrose said government interventions into the cost of employment in the UK would be a "long-term positive driver" for the FM market.

He said: "They're raising the bar on costs, which is obviously raising the need for all employers to think very carefully on how they manage their cost and how they're getting value out of that cost base."

Ringrose explained that the national living wage is prompting more conversations with clients.

"It's a fairly slow-moving thing, but I think that is the direction of travel - the national living wage, the apprenticeship levy that comes in next year - they're putting in skills and the cost of people fairly and squarely into the picture than perhaps had been the case before."

The introduction of the national living wage in April had an immediate financial impact, but Ringrose told FM World that it would be something that the company would "get through".

"[We expected] things to work their way back towards equilibrium and so far that's exactly what we're seeing."

On Interserve's half-year results, Ringrose told FM World that revenues were slightly down, but generally in line with the company's expectations.

He said: "The revenues are a little down, and that's really to do with the opportunities that weren't there to go out last year because of the general election, and the slowdown that we always get in government procurement at that time."

Interserve saw half-year UK support services revenues drop 3.6 per cent on the previous year, with the division's operation profit standing at £43.2 million, a decrease of 1.8 per cent.

Despite contract announcements with the Home Office, BBC, Ministry of Defence and JLL, which account for more than £300 million across the various contract lengths, Interserve announced that it was to exit a seven-year, £300 million FM deal with a number of NHS trusts in Leicester four years early.

Speaking about the exit of the contract, Ringrose said it was important to continue talks with clients throughout the term of a contract.

He said: "We only exist because our clients have those services that need to be delivered, so we're not forcing ourselves upon anybody, and we don't have a right to the work either, and success in life is about dealing with change together, and dealing in partnership."

London (Greater)
Up to £47,276 per annum plus excellent benefits
Reference
59097
END_OF_DOCUMENT_TOKEN_TO_BE_REPLACED