TfL parcels up 50 FM contracts into five to save £34m 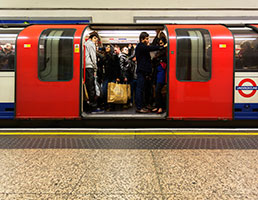 Transport for London (TfL) has announced its intention to award five of six new contracts for managing TfL facilities, which it says will deliver savings of £34 million.

TfL intends to award the five contracts to Engie Services Limited, Interserve Facilities Management Limited, Lanes Group plc and Vinci Construction UK Limited. The new contracts, which have a total value of £320 million, will last for five years with the option to extend them for a further three. The suppliers will be responsible for the provision of services and the management of TfL facilities, including fire protection, mechanical and electrical facilities, such as power and water, buildings maintenance, and security and reception services.

A sixth contract, which will be for cleaning, is expected to be awarded in the summer.

The savings have been made possible by consolidating 50 contracts into just six - part of TfL's wider approach "to delivering the mayor's ambitious plans for improved transport in the capital". This includes becoming more efficient through the biggest-ever overhaul of the organisation and continuing to reduce operating costs.

The contracts include a commitment for all employees to be paid the London Living Wage as well as the creation of an additional 300 apprenticeship positions throughout the life of the six contracts.

TfL says it is "committed to making sure that it represents the city that it serves and increasing diversity within the transport industry to encourage further innovation". As part of the procurement process, all the bidders were required to submit an Equality and Diversity Plan and will be tracked on their delivery of this plan throughout the contract.

David Wylie, chief procurement officer at TfL, said: "We are looking forward to working with our suppliers on these new contracts and by consolidating the existing arrangements, our facilities will be managed in a more efficient and cost-effective way. We are committed to making sure that our organisation is representative of the customers that it serves and inspiring the next generation into the transport industry. These new contracts reaffirm how both TfL and our suppliers consider skills and equality and diversity to be key priorities that we need to deliver on."