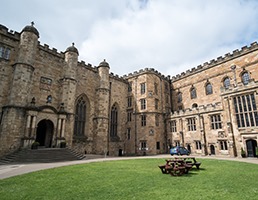 Support services and construction group Interserve and its consortium have reached financial close on a £105 million project for Durham University.

The scheme - Mount Oswald - forms part of the university's strategy to deliver a high-quality research and education facility for students. The Interserve-led consortium announced that it was the preferred bidder for the project in October 2017.

The consortium, made up of Interserve, fund and asset management firm Equitix and on-campus student accommodation developer and operator Campus Living Villages UK, will design, build, finance and operate two new college facilities on a 51-year concession. The project will mark the first new Durham University college to be founded in the city since 2006.

Interserve will be responsible for designing and building the two new college facilities - totalling 1,000 bed spaces - plus a new University hub building with a 300-seat banquet hall, and sports and music facilities. Work will commence shortly with the scheme due to be completed in 2020.

The facilities are being built on a University-acquired site just to the south of the city.

Debbie White, Interserve's chief executive, said the project "builds on our extensive experience in the further education sector and our strong 15-year relationship with Durham University".

Professor Stuart Corbridge, vice-chancellor at Durham University, said: "The development of two college facilities at Mount Oswald, including one brand new college and a purpose-built new home for our John Snow College, is a key project in delivering a wider student experience as good as anywhere in the world."

* In other news Interserve has also announced that from 3rd September, its international FM business will be joining its UK support services division.

These changes relate to the operations of the Interserve only and there will be no change to the Group's financial reporting, it said.