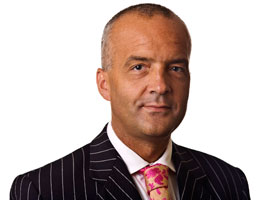 
The UK is at a fork in the road of its economic development and survival. That was the message from Graham Leach, chief economist at the Institute of Directors, speaking at the inaugural seminar on Life and Work in 2020, organised by Advanced Workplace Associates earlier this week.

“If we make the right political choices, such as bringing public spending under control but ring-fencing infrastructure, we can accelerate GDP growth. But if we fail to tackle spending and instead raise taxation, we will weaken the supply side and could look to negative growth.” The most powerful influences in determining our long-term growth are whether the UK would retain a capitalist model and the explosion in public debt “which is a noose around our necks”, he said. “The size of the state is a disease which is making us weaker.”

“Through low GDP growth and an ageing population, it would be fairly easy to get to public debt being 300 per cent of our GDP,” Leach warned.

But Leach was pessimistic about the chances of the new government making the necessary cuts. Raising taxation was not the answer, he said. “In the next ten years UK GDP growth will be half of what it could be – probably around 1.5 per cent  - which means there will be a smaller cake. Deeper European political integration will force the UK to either go it alone or jump in with both feet, he said. And with weak economic growth, the cost of sustainability will be too high, he added. “The global warming debate will cool.”

Mark Wood, deputy chairman at Paternoster, and former CEO of Prudential UK, painted an even gloomier picture  - where the Asian economies simply overtake the West and change the nature of the world. “We will see the rise of the Asian consumer who doesn’t want to buy US products. We must stop thinking of Asia as a source of cheap labour and start looking at it as a source of high intellect.” Asian countries have a demographic advantage, with higher populations, lower average ages and higher-educated people – India produces 2.5 million English-speaking graduates a year, the UK produces 700,000, he said. Wood cited the example of his own organisation where the high-end actuarial jobs are based in Mumbai with the low-paid sales roles in London.

The resulting rise of Islam will change the nature of business, he added. The importance of credit will be diminished and businesses will grow organically and not be acquisition. Wood predicted an economy in 2020 where winning businesses were organically grown, environmentally and ethically conscious, multi-cultural, cash generative and with high intellectual content.  Management skills would become redundant as “there’s no-one left to delegate to, there are no manual tasks.” Turning his attention to the wider picture, Wood forecasted a world where life expectancy is 100 with a working life of 70 years; all cars are electric; euthanasia is legal and widespread; genetic birth screening is mandatory; and, most depressing of all, Africa remains unchanged.

The seminar series aims to build a picture of how life, work and the workplace will be in 2020. The inaugural seminar focused on the likely macro-economic, demographic and social context for the UK in the world in the next decade. The second in AWA’s series, focusing on the future of sustainability, will take place in early July and will be reported exclusively in FM World and at www.fm-world.co.uk