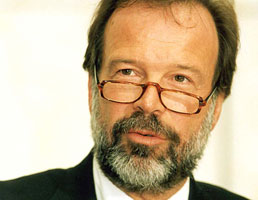 Financial times are tough and will remain so in the “new normalisation” economic situation, but don’t fear the worse, a former Deutsche Bank economist said.

Property developers, buyers and facilities managers have to get used to the fact that growth will be slow in the coming decade, said Professor Norbert Walter, who has been chief economist with the German bank.

But Europe will not be a “financial basket case” that sees the Asian economies run away with successes, he told the several hundred delegates to London’s CoreNet Global Summit.

It’s true that the work economy will be “pulled” by the emerging economies, but Europe will be an active partner, albeit in a different financial regulatory environment.

A lot has happened on the global financial scene since a CoreNet Global summit was last held in London, said Nigel Baker, chairman of the UK chapter of CoreNet Global. Baker set the tone for the opening session on Tuesday by noting that the massive economic downturn has meant that businesses are having to reorganise their business model to take into account new economic realities.

For property leaders and those who manage property the reality is a shrinking portfolio of properties in Western Europe and new property markets opening up in the Middle East and Asia. But overall, the property market is having to cope with less financial resources by developers and clients.

Property development itself is facing the challenge of how to apply new technologies that drive behavioural change within the built environment, said Steven Quick, vice president and general manager EMEA for Johnson Controls Global Workplace Solutions.

As well, the sustainability issue is increasingly important, said Quick in his brief introduction speech. But the challenge is to understand it and to attract and retain property clients with it.

But don’t despair over the slowdown of the world’s national economies, and of Western European economies in particular, said Walter in his keynote address.

Financial experts in the United States and many in Europe believe the west is headed for a second financial slump – that famous double-dip recession – said Walter, who addressed the conference via a 15-minute video link from Germany.

“I’m not sure,” he said. True, there has been a slowdown in the economic recovery. But that is a natural result of the withdrawal by many governments of their financial stimuli and also their public sector spending cutbacks.

Had government not done so, the spending would be cutting into privates sector investments and directly increased the national debts of many countries.

The U.S, he said, should accept the fact that the long-term trend is for 2 per cent economic growth and that China’s growth will, having dropped from 10 per cent annual growth, level out at 7 per cent or so for the coming decade.

This, said Walter, is the “new normalisation”, and it does not include exaggerated stock markets and sky-high real estate value increases. Those days are long gone, he added.

Within the euro-zone, the Greek government should be commended for recognising its fiscal situation and moving sharply to adjust to new realities by cutting public sector spending. And the rest of the euro-zone countries should similarly be commended for coming to its aid with financial safety net should Greece need it.

Germany will continue to be “a little locomotive” for the European economies because of its manufacturing sector, particularly heavy machinery that maintains its economy.

The new normalisation also means it will be hard for the Americans to sell their manufactured goods to Europe with its weak euro. That being the case, U.S. President Barack Obama’s desire to double exports within five years is not likely to happen.


A full report of the summit will be available in the next issue of FM World, out on October 14.