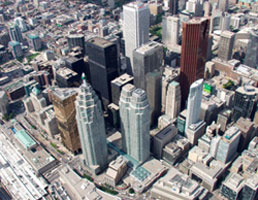 
During the recent global recession, Canada was fortunate enough to remain relatively unscathed. Despite this, it has an infrastructure deficit similar to that in the UK; both a requirement for new infrastructure and the need to manage aging assets where the existing infrastructure has been allowed to deteriorate in order to save costs.

Instead, Canada has embraced the PPP model. Poised to outgrow the UK in this field, it can demonstrate considerable expertise and innovation, both domestically and internationally, with more than 150 projects completed or in procurement. Nearly all provinces have adopted the model, including in Alberta, where the economy is debt-free.

At the conference, Alberta Schools Alternative Procurement won the Gold Award for Infrastructure. It delivered 18 schools two years faster than by a conventional process, with 30-year savings of $97m.

The schools have innovative facilities and are constructed using eco-friendly materials to provide life-cycle value and energy efficiency. They have a monthly fixed-price contract for facility services, offering lower typical operating costs for the schools.

Significant work is being carried out in Canada around PPP design, research, innovation and best practice to meet the needs of both present and future users.

One presentation highlighted how offices in the healthcare sector are in an open-plan configuration to control space and, therefore, costs. This is to foster an environment in which medical and healthcare professionals share information and best practice.

Another example is an open-plan operating theatre -- a barn theatre -- where up to four procedures can be conducted simultaneously, sharing facilities and separated by room dividers. Benefits include improved teamwork, shared medical expertise, zero infections and significant cost savings.

Because the life of a PPP project is long, there may be influences that change expectations along the way, for example, pressure from environmental groups. But it is also important not to be pulled off course to accommodate new requirements.

A "vehicle" responsible for the delivery of the project must act as a steward, actively resisting change.

However, it is also important that some of the initial design elements are only indicative because technology can change quickly and frequently. The public sector should look to the private sector for innovation, to ensure that the infrastructure is not functionally obsolete before it’s physically obsolete.

Future-proofing contracts was very topical at the conference. Agreements must be flexible enough to accommodate change, such as the use of the building. Otherwise, long-term PPPs can be an encumbrance rather than a source of innovation.

Canadian PPPs have come a long way. Lifecycle expectations are now incorporated into contracts and often include commercial incentives to balance short-term and long-term needs.

Surveys reveal that public support of PPPs in Canada is at an all-time high. Two-thirds of Canadians support their use to deliver critical infrastructure. The country’s youth are the strongest supporters, with 74 per cent indicating positive support.

Canadians have learned from the mistakes made in the UK by incorporating flexibility into their contracts. In addition, all projects have a protection clause to accommodate political change in case, for example, a new government discontinues PPPs.

What makes a successful PPP? The message at the conference was clear: public interest is paramount, value for money must be demonstrable, accountability must be maintained and innovation and transparency are critical.

Now that Canada has learned from the UK, how can we learn from Canada?

Annie Gales is a director of Service Works Group