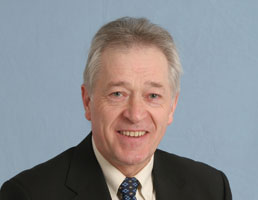 That was the message from Robin Cartright, partner at KPMG, opening the Workplace Futures conference earlier this month at the Cabinet War Rooms. “The public sector will be a mixed bag for FM over the next few years. There is massive cost and volume pressure but there is also a desire for new ideas and for help,” he said.

Describing the £81 billion of cuts and average real budget cuts of 19 per cent by 2014/15, Cartright said there will some “rough and ready” approaches to cost cutting predicting blanket-style service withdrawal (such as the cuts in libraries and public toilets in Manchester) and BP-style “20 per cent savings” for all suppliers. The recovery to a business as usual focus on service delivery will not happen until 2012 at the earliest, he said.

“But other issues such as David Cameron’s “Big Society” and the mutualisation of local government services may offer new opportunities for FM providers,” he added citing the examples of Hammersmith and Fulham, Westminster and Kensington and Chelsea councils which have agreed to merge every council service to reduce duplication and drive out cost and Suffolk council which has essentially become a ‘commissioning body’ of outsourced services.

Different parts of the public sector would experience different challenges added KPMG assistant director Matthew Webster. The outlook for healthcare was difficult, he said, with significant pressure on non-clinical spend, and moves towards centralising non-clinical procurement. Defence was also a challenging sector with the need to save £350m in estate running costs, but this could be achieved through increased outsourcing, albeit with pressure on contract values. The most positive opportunity was in public services where operational spend on older estates may provide prospects, together with the mutualisation and localisation agenda.

The private sector provides considerably more prospects, particularly the  financial services sector which is growing and with a great deal of cost taken out of contracts, there will now be a focus on service quality with contract churn a direct result. The ICT market was also a great opportunity for FM providers.

Cartright and Webster valued the core FM service market at £81bn, and predicted that after modest growth over the past few years, the sector would grow by 3.6 per cent until 2015. The mergers and acquisitions market would also see more activity over the coming years as the commoditisation of basic services; the move to broader multi-service contracts; and changing regulation continues to drive smaller provides to be acquired, or go out of business as margins are pressured and costs are under scrutiny.

They concluded by arguing that the Total FM delivery model  “has found its place alongside multi-service as a model of choice” partly because TFM providers have started to address the issue of double margins and also because of an increased focus on partnering.

The focus on different delivery models was explored throughout much of the day with presentations from Atkins talking about the value that consultants can bring;  security firm Wilson James, and Shred-it, arguing for the single service model;  G4S Integrated Services promoting the bundled service model; Compass on integrated services; Total FM being promoted by Emcor; and Fiona Perrin, sales and marketing director at HSS Hire discussing being a commodity supplier to the industry and why facilities professionals should take equipment hire more seriously. If there is one criticism of the conference it was the inclusion of speakers who were also sponsors, which resulted in some fairly salesy presentations.

But there was also plenty of grist for the mill.  Discussing the benefits of keeping FM delivery in-house, Derek Paxman, currently head of FM at the University of the Arts but who has worked supply side and as a consultant, argued that customer connections, loyalty and willingness were more natural with an in-house team. “In-house facilities teams are also closer to the corporate strategy and proactivity is easier to achieve.” The issue of VAT with outsourced providers was also a major challenge, he said.

Also talking from the in-house perspective was Sean Allen, head of FM at National Air Traffic Control, who argued that he didn’t care whether the service was done in-house, in a bundled, integrated or Total FM model. “I just care that my account manager knows my business inside out. That when they wake up in the morning and hear about the ash cloud on the news, they immediately know how that’s affecting my business and are already coming up with ways to help.” Echoing John F Kennedy’s famous experience talking to a NASA cleaner, Allen said “My key aim is to ensure that each security guard and each cleaner knows they’re part of the team which keeps air-traffic control and the skies working well.”

Edward Finch, FM professor at the University of Salford, turned his attention to the workplace itself, arguing that new ways of working such as mobile working, teleconferencing and the virtual office were leading to loss of  commitment, ownership, rootedness and territory. “Are we asking too much of human adaptiveness,” he questioned. “New workplaces need to embrace old habits. We’re physical beings, we have habits. We need to get a handle on the benefits that buildings bring.”

But Ben Munn, joint global head of workplace strategies at CB Richard Ellis, said that FM is no longer about workplace but workforce. “Choice and convenience matter greatly when it comes to where we want to work,”  citing research from Cisco which revealed that three out of five workers would choose jobs that were lower-paying but had leniency in working outside of the office over higher salaried jobs that lacked flexibility. Munn argued that facilities professionals need to start thinking about supporting people wherever they work – at home, in retail environments, third places such as serviced offices or libraries, or at work.

Read the Twitter feed from this event at #wf11