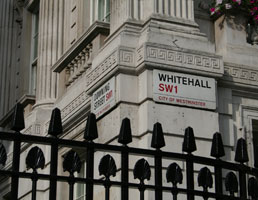 
The National Audit Office has heavily criticised Whitehall for poor management of its £12 billion worth of services contracts, especially in the area of risk management.

Many of the contracts surveyed, said the NAO, did not have in place some, or all, elements of good practice risk management processes.

But 37 per cent of contracts did not have a risk register and 56 per cent did not have a contingency plan in case of supplier failure, noted the report Central Government's Management of Service Contracts.

In 2007-08, the government's £12 billion spend was primarily in the areas of FM, business process outsourcing, and information and communications technology. Apart from routine support services, these involved services such as the IT system supporting the payment of social security benefits, provision of security at court buildings and the production and delivery of passports.

Despite the business-critical nature of many of the contracts, contract management does not always get the priority it deserves, noted the report. There is often no one person with overall responsibility for contract management across an organisation.

There is, though, at the top of organisations "a fairly good understanding of the importance of effective contract management". It cited the permanent secretary at the Department for Work and Pensions who is actively involved in the management of major suppliers. However, in more than 25 per cent of cases, there was no documented plan for managing individual contracts. Also, supplier input was limited.

The NAO pointed to the fact that one contract manager was managing two other contracts as well as the £29 million-a-year contract for the provision of court security.

Also coming under criticism was the Office of Government Commerce, designed to ensure value for money and offer advice to procurement professionals. The OGC "can do more to support central government organisations to improve contract management". The NAO acknowledged that the OGC is improving its guidance and developing training on contract and supplier management. But to date it has focussed too much on the IT sector.