Lack of IT-FM accord is costing money 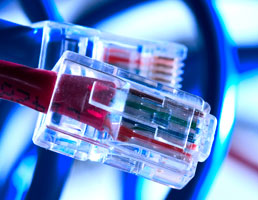 A lack of coordination between the facilities management and IT functions may be hindering energy cost reductions, according to international research.

The proportion of senior IT decision makers spending at least a quarter of their budget on energy is up to almost 80 per cent from 44 per cent last year, noted the research commissioned by Vanson Bourne.

However, almost half of respondents reported that no monitoring of IT energy use took place because utility bills fell under the FM function. In the UK the figure was far higher at 70 per cent.

Cooperation between the two functions over power-saving was described as "patchy".

Ulrich Plechschmidt, vice president EMEA at Brocade, said: "Our research shows that facilities management owns the power budget in most cases, but that the IT department isn't evaluating its power draw and effect on the organisation's bottom line. But in these difficult economic times, with every line item being placed under scrutiny, the IT function must play its part and collaborate with facilities management to address rising utility bills."

London (Greater)
Up to £47,276 per annum plus excellent benefits
Reference
59097
END_OF_DOCUMENT_TOKEN_TO_BE_REPLACED