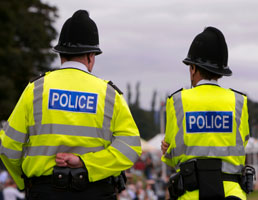 The government wants police forces to consider buying one type of uniform and a single make of beat car to help save millions of pounds.

The suggestions are contained in white paper on policing that focuses on more cross-force procurement and the cutting of red tape within five years.

The goal laid out in the Home Office document to be published today but already seen by the media is for the 43 police forces to save £545m annually by 2014.

Other suggestions are that officers should patrol the streets alone, rather than in pairs, to make them more accessible to the public, according to a report on the BBC News web site. Police are also to be given more discretion over the way they deal with less serious crimes, after a successful pilot scheme in four areas.

Joined-up IT purchasing is also suggested, as is cutting police overtime to save £70m on the annual spend of £400m by forces in England and Wales, a report in the Daily Telegraph noted.

A reduction in resources for police work comes at a time when the public are demanding officers spend more time on the streets. However, also proposed is a cut in back-room staff who are supposed to help free up officer time, the Telegraph said.

Sir Hugh Orde, president of the Association of Chief Police Officers (ACPO) said the police are looking to make savings at the back end of operations and not the front end where officers are out on the street.

He said making such savings "is nothing new to us". Police have been achieving efficiency savings of 2 to 3 per cent a year under the Gershon Review, a major public procurement review from Peter Gershon published in 2005 and adopted as the blueprint for making savings.

Orde also said there appears no will across the political spectrum for mandating the amalgamation of police forces. But there is a will to move procurement towards more joined-up efforts and this will be looked at but not at the expense of decreasing local policing.