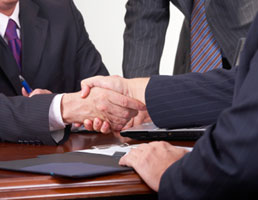 Partnering is back, but not like we used to know it, delegates to a Bsria-sponsored seminar heard. The days of the ad hoc partnering process are over, where any organisation could, and did, say they had partnered with anyone and everyone.

The process is now mapped out under the PAS 11000, a BSi standard first set up first in 2006. This official partnering roadmap is meant to focus the minds of both supplier and client to ensure that their relationship stays productive.

But PAS 11000 also is there to ensure the relationship doesn't dissolve into a legal slanging match that ends up in the courts to everyone's cost. The standard shows participants the way out of a partnership with the least loss of finances and respect for each other.

PAS 11000 should be welcomes by all strategically minded FMs, said Martin Pickard, founder of consultancy and training business FM Guru, and the first-up speaker at the Successful Partnerships in FM seminar recently held at Wembley Stadium.

In the bad old days client and supply-side FMs, even in a partnership, were too often professing partnership but then beating each other up over service delivery and costs, he said.

Both sides soon forgot why they went into the relationship in the first place. The relationship would soon break down through lack of trust. Client believes supplier ignores performance issues, and supplier says client is unreasonable, especially about prices to the point where the supplier has to hide their profits.

Pickard believes it boils down to poor contract management and that is where PA 11000 can help, but it requires first of all commitment by a leader capable of seeing it through

The eight stages start with your own organisation's awareness - what it is you want to accomplish and what are your strengths and weaknesses. Further stages consider what might hinder successful partnering, for example bureaucratic procurement or financial roadblocks.

For the nervous types, said Pickard, PAS 11000 includes a "health check to make sure that the two are still in love". There is also what amounts to a pre-nuptual agreement where the two at the start of the relationship have built into their contracts and processes an exit plan.

A problem from the start of many FM contracts is a lack of strategic vision by both parties, said Jeremy Campbell, an account director in the aerospace and high-tech sectors with Emcor, the first business to get certified with PAS 11,000 ensures that that is one of the first things the two sides lay down in their relationship.

"Without that, you can't choose a partner," said Campbell. It forces client and supplier to fully understand their own and also their partner's business objectives.

PAS 11000 is basically an agreement to resolve your differences together and not act separately. And resolve them fast, added Campbell. You do this by "staying human" and not falling back into business-speak. Get problems out in the open quickly and in plain language.

The holly grail of property consultants is that they can make their client more productive, said Phil Ratcliffe, managing director at consultancy Procore, and Richard Fryer, FM for properties in emerging markets for Cisco.

Ratcliffe, in their joint presentation, urged FMs not to be afraid of the traditional workplace tour, to get out and about, talk to people to see if the data you are collecting paints the image of the occupants at work. But also ensure you collect as much data as possible about headcounts, desks space, office use, energy, everything. Without this, said Fryer, benchmarking for partnership will be impossible.

Both sides want success and the rewards that go with it, said David Churcher, technical author at measurement consultancy Bsria, organisers of the seminar. PAS 11000 will help define these rewards, but it should also help define risks and help both sides share responsibility.

It means client and supplier approach their relationship with integrity, said Churcher. "A lot of people go down the partnership route thinking that everything will be all buddy-buddy and nothing can go wrong. That's simply not true. It is still is a professional relationship."

Be prepared to be the bearer of bad news if you have to, he said. "Or sticking up your hand and accepting responsibility when things to wrong."

Churcher suggested that the clients and supplier set up several half-day workshops, as did one firm that he advised. These were in neutral territory, such as hotel rooms, away from the office. "Sparks could fly," he said, as the organisations clear the air.

Right up front should be an analysis to see if each side has the right skills to ensure the other sides expectations are met, said Tony McLaughlin, general manager at Balfour Beatty Workplace that is managing 24 schools, from nursery to secondary, for North Lanarkshire Council in a 31-year PFI contract.

Once you know what skills people have, you can let them be creative with them, said McLaughlin. You can allow people move into other areas yet still monitor overall performance of the main task.

For example, some of their janitors at the school had a keen interest in football so they gradually were allowed in their own time to help head teachers when the students were sent out for their games.

As a result, some of their janitors have won services awards and Balfour Beatty Workplace is looking into getting them some coaching accreditation to help them manage football teams. The expense is small, said McLaughlin, but the professional and personal rewards for all concerned have been manifold.