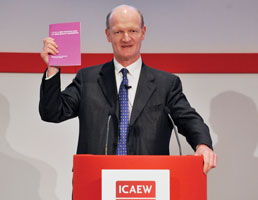 The BIFM is backing a voluntary code that ensures internships are filled by the best possible candidates and not just by well-off students who can afford to work for less.


The Common Best Practice Code for High-Quality Internships - devised by the Gateways to the Professions Collaborative Forum - has the support of 60 professional bodies.

??Internships must comply with all the provisions of current employment legislation, including the national minimum wage, which must be paid to all workers over compulsory school-leaving age, unless they are covered by an exemption.

It defines high-quality internships as typically around three months duration, although they can vary from at least six weeks to no longer than 12 months, depending on individual needs. The code does not cover short-term work experience schemes, placements that are a compulsory part of education or genuine volunteering.

BIFM chief executive Ian Fielder, who was a member of the working group that developed the code, welcomed its launch. "It is important that internships deliver real value for both the individual and the organisation," he said.

"Internships can bridge the gap between education and professional employment, providing valuable experience for the intern and access to talent for the organisation. However, opportunities for internships must be open and they should not be exploited as a source of cheap, even free, labour. The institute will be encouraging all its corporate members that offer internships to sign up to the code."

The code was launched at the offices of the Institute of Chartered Accountants in England and Wales (ICAEW) by Universities Minister David Willetts, who said: "Internships have become increasingly important in an individual's journey from education to work."

The code is an example of how the professions have responded to the challenges outlined in an earlier report from The Department for Business Innovation and Skills on the Panel on Fair Access to the Professions in 2009.

"This code is a welcome step towards widening access to professional careers, particularly for those from disadvantaged backgrounds," Willetts said.

"Interns can use their experience to gain an introduction to the world of work, giving them the opportunity to develop key employability skills, build up networks and get valuable experience for their CV. The employer also stands to benefit, as it puts them in a position to promote their profession to enthusiastic individuals who are eager to learn."

Martin Hagen, chairman of the working group that developed the code and former president of ICAEW, said there is increased awareness that "all professions should ensure they give a fair chance to the brightest and best regardless of their background".

In April, deputy prime minister Nick Clegg suggested that a growing culture of informal, unpaid internships gives an unfair advantage to those from wealthier and well-connected backgrounds. Clegg indicated there will be an end to informal internships at Westminster and that those who do obtain internships will be paid.