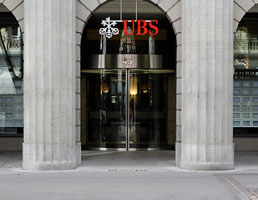 Global financial business UBS is spending £115 million to reduce its property portfolio as part of a major long-term savings plan.


The Swiss-based banking and financial services business, based in Basel and Zurich, made the announcement in a brief message on its website.

The announcement also noted that around £307 million would be spent to reduce its workforce.

The plans include savings associated with headcount reductions of around 3,500, which will be achieved through redundancies as well as natural attrition, and further real estate rationalisation, according to the statement.

But few other details were given of where the losses would be as UBS aims to cut £1.54 billion from operating costs by the end of 2013.

Of the £422 million “restructuring charges” for property and headcount, £346 million “will be booked in the second half of 2011”, the statement noted.

The numbers include Corporate Centre - head office - headcount and charges allocated to the business divisions.

Redundancies are subject to employee consultation as required under the applicable local rules.

“The measures announced today are designed to improve operating efficiency,” said the statement.

“UBS will continue to be vigilant in managing its cost base while remaining committed to investing in growth areas.”

The company announced the savings plan on July 26.

In February, FM World reported that UBS was to revamp its controversial and much-derided 44-page dress code that critics said went too far for their 1,500 front-of-house staff.

It suffered a dressing down by news and social media outlets for creating an over-sized, Big Brother-style guide to looking good and smelling sweet.

The document stated that women should wear skin-coloured underwear, as well as directing them to certain perfumes and outlining various ways to apply make-up.

Employees should never “wear shoes that are too small" because "there’s nothing worse than a twisted smile".  Staff were given instructions on knotting a tie and advised to stay away from nose-offending foods made with garlic and onions.

The nuances of bullying revisited