Council set to pull the plug on its housing ALMO 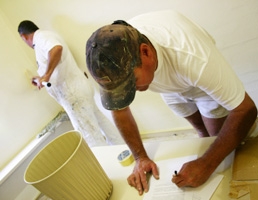 
The move “would mean annual savings of almost £400,000 and help the council continue to improve its service to tenants and leaseholders”, according to a statement on the council’s website.

Since the north-east London borough council formed its not-for-profit Redbridge Homes in April 2007, the ALMO has been providing landlord services for the council’s 7,000 homes, including more than 2,300 leasehold properties.

But with the contract due to expire in March, the council has been considering four options. The other three options were to move all housing services into Redbridge Homes, to keep the status quo, or to share services with another local authority/ALMO.

The best value for money option is to bring the work back in house and re-integrate it with the council’s housing department, the statement said.

“There would be less duplication of roles and responsibilities between the services provided by Redbridge Homes and those provided by the council,” according to the statement. “It will also result in a more direct link between residents and the council. This option also commits to keeping a formal process for tenant and leaseholder involvement.”

The ALMO was set up to help unlock funding through the government’s Decent Homes Programme. Because the ALMO has secured £23 million in funding for improvement works to tenants’ homes and estates, the council considers it is no longer necessary to have an ALMO.

The current programme of improvement works will not be affected by a change in the way housing services are delivered.

A consultation process on the move is likely to start this autumn and another report will go to the council’s cabinet in January, detailing the results of the consultation and the final recommendation on whether or not to bring services in house.

The contract with Redbridge Homes has been extended to July 2012 while a decision is made.