Fielder steps down as BIFM chief 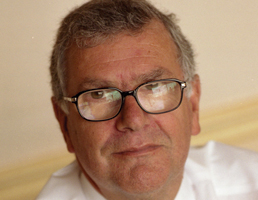 Ian Fielder has announced his resignation as chief executive of the BIFM with immediate effect. He had been in the post since 2004.


He oversaw the transition of the BIFM into new governance arrangements, the development of it as an awarding organisation and a growth in membership from 7,000 to more than 12,000.

He was also instrumental in establishing the arrangements with our partners to deliver FM World and BIFM Training, bringing many benefits to BIFM members.   He leaves at a time when seeking a Royal Charter status for the BIFM is a viable option.

“Ian wishes to pursue new interests outside of BIFM and we wish him well in his chosen future career,” a statement on BIFM's website says.   Chairman Ian Broadbent has appointed chief operating officer Gareth Tancred as acting chief executive.

Fielder became BIFM national chairman in 2000, the lowest point for the institute since its creation in 1993. It was losing members and income for the very first time. He set about restructuring the organisation and staff, spending upwards of £250,000.

A graduate of Highbury Technical College, he has been involved in FM for more nearly 40 years. He first worked in the health service for 13 years, then at IBM for eight, followed by 11 years with Procord/Johnson Controls.

In the 1990s, he migrated into a business development role focusing on relationship management. His experience includes managing multi-million pound life-safety programmes for blue-chip corporations and FM development within healthcare facilities, from district general hospitals to ambulance stations.

Early in his career, Fielder began his work to raise the FM profession from back office administration to a strategic function. When he was working for IBM in 1991, he was asked to set up a new regional structure in the south for the BIFM’s forerunner, the Association of Facilities Management. Fielder teamed up with his main supplier, Procord, to get the ball rolling.

He later chaired the region and moved on to the board of the newly formed BIFM. He helped set up the first special-interest groups and sector forums – a system that remains today.

From volunteer staffing of around 16, the BIFM grew to more than 30 full-time employees and moved into a purpose-built office in Bishop’s Stortford, Hertfordshire.

Previous loss-making BIFM activities in publishing and training were transformed into successful joint ventures, one of which is FM World magazine.

In 2008, Fielder was recognised as one of the ‘pioneers of FM’ and featured, along with other facilities leaders, in the FM World article “Movers and Shakers”.

Last February, in an FM supplement inside the Independent newspaper, Fielder wrote that FM has gained increasing importance over his years in the profession. This is thanks to the need to reduce carbon footprints and also to make the estate much more efficient in the current difficult economic climate.

“Successful organisations need to approach FM as an integral part of their strategic plan,” he said. “Those organisations that treat FM as a commodity overhead will be at a significant strategic disadvantage.”

Other news for Thursday, 3 November 2011


Fielder steps down as BIFM chief

FM blog: Overcome the barriers to give something back