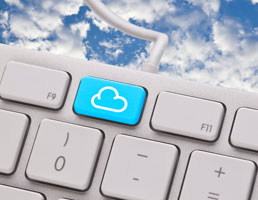 Four out of 10 facilities managers won’t go near cloud-based computing services, but four out of 10 are considering it, the latest FM 100 Poll shows.


FMs who are opposed to it are adamant in their rejection: “Until it’s more established and accepted, I won’t even dip my toe in it,” said one.

Rejection is arguably based on a lack of understanding of what it is all about, said one FM who came down on the side of "would never use"’. However, he admitted that he liked what he saw during 'Workplace Week' and a visit to Rackspace, a cloud computing hosting business.

“I was very impressed with its setup and the number of large companies ‘hosting’ with them,” he said. “What was impressive was its total focus on its niche areas of hosting and cloud-based storage and it obviously understands it.

“I suppose old timers like me are infinitely suspicious following the Sony and Mastercard hacking scandals and the phone hacking does not inspire you with confidence regarding safety. I think the technology is good, but one should always be cautious about what you store and where.”

Sales talk alone by cloud computing hosting businesses may not shift the unconvinced towards being convinced. What did the trick for one respondent was having his month-old laptop pack up and corrupt his data.

“What I have learned is that I am wholly reliant on my new laptop,” he said. “But it had serious hardware faults in less than five weeks that took a while to resolve. I can see a strong argument for having my data accessible from elsewhere via another machine. However, security and reliability are the two concerns.”

Disbelievers and agnostics aside, 15 per cent of respondents were equally adamant that they wouldn’t be without it, not least because their clients also use it.

Will more FMs move towards it? In time, yes, said a respondent. “Cloud computing is still in its early stages and currently the cloud is relatively new,” she said. “But it has huge potential and in a couple of years will be the norm for most storage, but it has to win confidence to get there.”