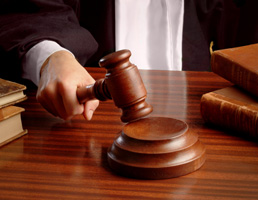 
The government is hoping to appeal a court ruling that its cut to the solar power feed-in-tariff (FiT) to the national grid was "legally flawed".


The ruling by a high court judge could open the door for a judicial review, according to a report in the Guardian.

The result of a review might be that the government is forced to reinstate the roll 43.3p/kWh paid to households, companies and installers of photovoltaic systems.

Plans to slash the FiT to 21p/kWh were announced in October, even before a consultation with the sector had finished. The reduced rate took effect this month and applies to projects that come on stream after 12 December.

Friends of the Earth, which brought the legal challenge to the court, hailed the judge's decision

"These botched and illegal plans have cast a huge shadow over the solar industry, jeopardising thousands of jobs," said Andy Atkins, Friends of the Earth's executive director. "We hope this ruling will prevent ministers rushing through damaging changes to clean energy subsidies, giving solar firms a much-needed confidence boost."

Lawyers for the Department of Energy and Climate Change are seeking permission to appeal against the judge's ruling, the Guardian report noted. A report by MPs on two select committees said the cuts were clumsily handled and may have fatally damaged a growing industry which could provide tens of thousands of jobs.

This week the BIFM criticised the government's decision to slash the FiT, saying it is creating "disruption" in the sector and jeopardising projects.

Many installation projects have been stopped because of they would not be completed by the 12 December deadline for cutting the FiT, the institute claimed.

A date in 2012 would be a better time for implementation of any cut, it said. The very short notification has caused supply disruption as contractors and clients scrambled to obtain supplies of panels and invertors, creating artificial shortages.

"All businesses require stability and consistency," said the BIFM. "The current consultations and proposed changes to FITs instil neither and will not encourage investment in both finance and jobs."

The BIFM called for a "clear, consistent, long term policy" to make the scheme work. "The reaction to the first implementation of FITs showed that, given a clear investment signal, business responds and creates jobs and investment."

In early November, social housing and construction business, Mears Group, said it was bailing out of photovoltaic installations because of the government's decision. In its interim management statement for the period from 1 July to November, Mears said it accepts that its operating profit for the year will take a hit.

A major casualty of the government's decision has been Carillion's expanding Carillion Energy Services (CES) business. The Gateshead-based company, formed when Carillion Group bought Eaga for around £306 million in February, began a 90-day consultation period with its 4,500 CES staff, which could result in about 1,500 redundancies.

However, Willmott Dixon said this month that it was business as usual for its photovoltaic installation work and had just completed a £100,000 project in Birmingham. The company spent nearly £100,000 installing 150 square metres (more than 1,600 square feet) of PV to provide affordable energy at an extra-care scheme for Housing 21 at Saxon Court.??