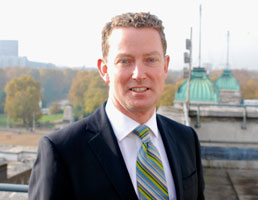 
Amid pressure from consumer and energy groups, as well as installation businesses, the government has eased up on its date for reducing the feed-in tariff for solar photovoltaic installation.

The Department of Energy and Climate Change (DECC) created an uproar late last year when it unexpectedly announced the reductions.

The government said the cut would take effect from 13 December, a date plucked out of nowhere, according to critics. They also pointed out that the consultation on proposed reductions hadn't even finished when the government announced the cut to FiT.

The actual cuts to FiT for all installations are to take effect on 1 April. However, solar installations must first be accredited to receive the tariff.

The uproar was that installations had to be accredited before 13 December to receive the older, higher tariff. The FiT for these installations was then reduced on 1 April.

But the government has now extended the period to 3 March for newly accredited installations to receive the higher FiT. Even so, the FiT will be cut for all installations after 1 April, as previously announced.

Consumer and energy groups immediately claimed that demand for the energy saving systems would collapse if the FiT - income from selling excess electricity to the national grid - was slashed.

Installers, too, were quick to cry foul, saying their business model had been sent into a tailspin. Income from their large-scale installations for clients, in which they hold part or total equity, would be slashed, making the business case questionable.

"I know this is a difficult time for the sector and I want to do as much as I can to end the current uncertainty created by the legal challenge," said Energy and Climate Change Minister Greg Barker.

"We must reduce the level of FiTs for solar panels as quickly as possible to protect consumer bills and to avoid bust in the whole feed-in tariff budget. We're appealing against the court ruling that's challenged our proposal for a December reference date."

Barker said DECC is waiting for the judgment of the Court of Appeal but until then the new reference date of 3 March is in effect.

"However, we are still pressing ahead with our appeal and if successful, we retain the option of introducing a December reference date," he said.

"In the circumstances we believe this gives the industry as much certainty as is possible. And it puts us in a better position to protect the budget for everyone involved."

The government also said its consultation on the tariffs closed on 23 December and over 2,000 responses were received. The outcome of the consultation will be published by 9 February.

Last month the BIFM voiced concern over the FiT situation, as reported by FM World. The BIFM called for a "clear, consistent, long-term policy" to make the scheme work.

"The reaction to the first implementation of FITs showed that, given a clear investment signal, business responds and creates jobs and investment."

??In early November, social housing and construction business, Mears Group, said it was bailing out of photovoltaic installations because of the government's decision. In its interim management statement for the period from 1 July to November, Mears said it accepts that its operating profit for the year will take a hit.

However, Willmott Dixon said last month that it was business as usual for its photovoltaic installation work and it had just completed a £100,000 project in Birmingham.
Also filed in:
News
Content
Topics
Compliance
Sustainability
Energy management
Environmental Quality