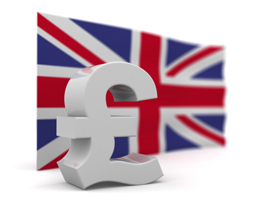 Chancellor George Osborne's budget put a few extra pounds in the pockets of UK plc at a time of continuing austerity, where the shadow of the coalition government's Comprehensive Spending Review still looms large.

A feel-good factor was established with the announcement that corporation tax rate is going down from 26p in the pound to 24p from April, with a further fall to 22p projected in the near future. Businesses including FM providers get to keep more of their hard- earned cash for, it is assumed, more investment in the business - an economic stimulus.

The independent Office for Budget Responsibility also revised upwards the UK's economic growth forecast for this year from 0.7 per cent to 0.8 per cent, with 2 per cent next year.

Small- and medium-size businesses should get a break through what the government hopes will be a greater supply of credit with a £20 billion government-backed loan scheme.

From this month, firms with a maximum turnover of £50 million can apply for the first £5 billion of the £20 billion of loans from banks including Royal Bank of Scotland, Barclays, Santander and Lloyds. Banks will reduce the interest rate by 1 per cent.

The problem is not been - has never been - an interest rate issue for SMEs, he said. The problem is that "banks are paranoid about bad debt", said Waud, who has managed two acquisitions in the past year.

Time and again agreements with banks fail to materialise because the SME's can't meet the security requirements of a proposed loan, he said. SMEs need substantial assets already or lot of cash in the bank to satisfy loan guarantees. The £20 billion would be better spent guaranteeing loans rather than cutting the loan interest rate.

The forward order book of some FM suppliers may look rosier if the budget's enhanced capital allowances translate into more contracts or extended and expanded deals. However, the enhanced capital allowances scheme, whereby firms write off more investment against tax, are for five of the UK's 21 Enterprise Zones, including the London's Royal Docks. This should create local jobs and boost growth, as Gareth Tancred, newly appointed chief executive of the BIFM, writes in his budget comment on the BIFM website.

Meanwhile, the announced review of the controversial and "cumbersome" Carbon Reduction Commitment (CRC), "is a step in the right direction", he said.

This year's CRC payments will still go ahead, he writes: "But hinting that he may scrap it and introduce an alternative environment tax in the autumn creates uncertainty for business and many will have hoped that the complex CRC would have been completely scrapped."

Businesses in Belfast, Brighton, Bristol, Cardiff, Edinburgh, Leeds, Manchester, Newcastle and Birmingham will benefit from £150 million to support the roll-out of super-fast broadband. This could well attract firms to move to those cities as part of efforts to improve their employees' work-life balance.

Similarly, Osborne announced £130 million for Network Rail's Northern Hub scheme that could, through better transportation networks, make areas particularly between Manchester and Sheffield more attractive to businesses that are considering a move away from larger cities.

Network Rail said the Northern Hub project will provide 700 extra trains a day. The money is in addition to previously announced investments to electrify the Transpennine rail route from Manchester to Leeds and build the Ordsall Chord between Manchester Piccadilly and Manchester Victoria stations.