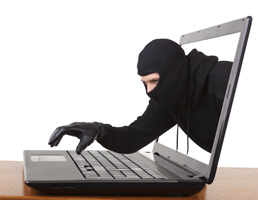 Small firms are collectively losing around £785 million a year to Cybercrime, a new report says.


In a new report, the FSB has partnered with the Home Office and the Business Department to look at issues affecting small firms

Research from the Federation of Small Businesses (FSB) shows that around 3 in 10 members have been a victim of fraud in the past year.

The average cost is around £4,000 per business, according to the FSB report Cyber Security and Fraud: Impact on Small Businesses. The research was done in conjunction with the Home Office and the Business Department

For the first time, the FSB has looked at the impact that online crime has on a business.

Cyber fraud has at times been carried out by a customer or client, or through "card not present".

But the most common threat to businesses is virus infections, to which 20 per cent of respondents said they had fallen victim. Also, 8 per cent had been a victim of hacking and 5 per cent suffered security breaches.

The research was based on a survey of 2,667 members of the FSB 'Voice of Small Business' Survey Panel'. Research took place between 20 September and 3 October 2012. The survey was conducted by Research by Design on behalf of the FSB.

The FSB said it is concerned that the cost to the wider economy could be even greater because small firms refuse to trade online, believing the security on offer does not give them adequate protection. Previous FSB research shows that only a third of businesses with their own website use it for sales.

Almost 6 in 10 members regularly update their virus scanning software to minimise their exposure to online crime.

The Department for Business, Innovation and Skills (BIS) published guidance in April 2013, called Small Businesses: What you need to know about cyber security. The guidance sets out the risks associated with cyber fraud and how to implement security measures.