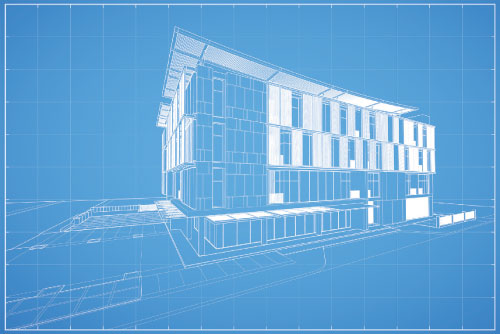 In what could prove to be a pivotal year for building information modelling, delegates to a recent workshop debated the ways in which FM should become involved.

Building information modelling (BIM) could help to optimise the efficiency of soft services delivery, according to speakers at an event held last month at the University of Greenwich.

The idea that soft services could particularly benefit from BIM was one of several discussions at the workshop event, entitled Facility Management and BIM Workshop - How Research Can Add Value to the Debate, which was organised jointly by the University of Greenwich and the Zurich University of Applied Sciences, organised by Simon Ashworth and Stefan Jäschke from Zurich University.

Attendees came from both public and private sector organisations to discuss ways in which BIM could aid FMs in management, sustainability and cost analysis.and how BIM should integrate with FM in practice.

Academics from three different universities were also present, each with a specific interest in exploring the future development of BIM and how it can add value to practising FMs.

Among suggestions raised was that BIM could be seen more as a tool for managing office layouts in a sustainable way, and that BIM could help in the visualisation of how people "actually use space" within a workplace. In this way, BIM could be as much use in helping to change or inform behaviour in the workplace as it is in informing the future physical design of buildings.

Deborah Rowland, head of FM at the Government Property Unit (and current BIFM facilities manager of the year), suggested that BIM as it currently stood was perhaps "too-clunky" for everyday use. "We should stop making it try and do everything and focus on what it is good at," she suggested.

Integration with CAFM systems was, for Rowland, more important than trying to "shoehorn" comprehensive reams of data into a single building information model. Keith Jones, professor of facilities management at the University of Greenwich, also questioned the need for "reams and reams" of data. "How much of it is useable information?" he asked.

There was also a call for everyday use of BIM in order to aid the management of soft services, with the suggestion of a 'BIM-light' that could perhaps be used as a complementary, "softer" alternative.

Delegates all agreed with the popular view that FM's involvement at the design stage of a building remains a vital goal, and that many problems remain to be overcome in the pursuit of it.

"Do developers have a vested interest in the operational side of the building?" asked one attendee. "Particularly if they are going so sell it on once it is built?"

Ultimately, BIM should be used to "effectively manage productivity and behaviour" for the end user, with delegates agreeing that it is the people in the business, rather than the building, that constitutes the sustainable element.

The event was the start of joint research between the two universities. PhD student Giulia Carbonari will use material from the event for her thesis, which focuses on "the potential for BIM to support the sustainable management of buildings".

The results of the workshop will be given to Johnny Dunford of RICSc to be fed into the RICSc BIM conference planned for February 14, and for work by other BIM groups.

This year could be a pivotal one for BIM. Amid the huge amount of networking and position-taking by organisations and manufacturers across the construction spectrum, the 2016 deadline for BIM being mandatory on new government building projects will loom ever larger.

The topic could even break into the national political debate should the cost of future infrastructure become a national issue. The potential for this to happen arises from September's political party conference season  - guaranteed to be the last before the next general election.

Meanwhile, the publication of data standards including PAS1192 Part 3, as well as increasing levels of special interest group activity, will maintain BIM's status as a topic capable of boosting FM's greater strategic role.


Key messages
Key issues to come out of the workshop included the following: