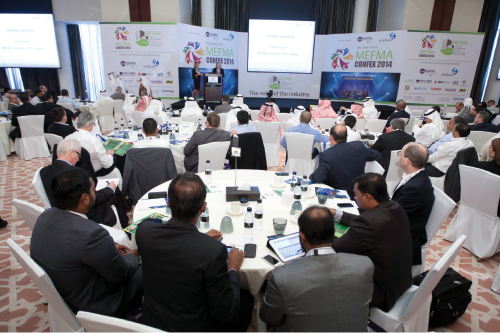 David Kentish, director of Kentish & Co, reports from the MEFMA conference in Dubai on how sustainability and standards are making their way up the Middle East FM agenda

Welcome to Dubai, where there's a world record on every corner for the tallest, the biggest, the fastest or newest.


Yet 40 years ago this was all desert. What's been achieved in this short time is incredible; a city built on a dream and financed by oil. Not a single building from those days is still standing as new technology and improved materials have led to new structures replacing the old. Refurbishment and FM has, in the past, had a very low priority.

But times are changing and MEFMA (the Middle East Facility Management Association), which has only existed for four years, is leading the charge. Having the tallest, biggest, fastest or newest is still important, but now the buzzwords are sustainability, innovation, smart technology, energy efficiency, and leadership. MEFMA is compiling a standards guideline strategy with a view to guaranteeing not just the quality of build and materials, but all aspects of a structure's lifecycle.

MEFMA president Jamal Lootah, opening the conference, set the scene by thanking sponsors and saying that if all stakeholders worked to share their knowledge it would enable standards to be agreed.

MEFMA came about after Dubai was hit by the financial crisis of 2007/2008. Lootah said Sheikh Mohammed bin Rashid Al Maktoum, prime minister and vice-president of the United Arab Emirates, and king of Dubai, told him that instead of seeing this as a crisis it should be viewed as an opportunity to make Dubai a "smart city" linking technology to infrastructure.


Working on a dream
Ali Al Suwaidi, a director of MEFMA, is one of the main promoters of best practice and building standards, including planned FM for all buildings. He was senior director of operations for the construction of the Burj Khalifa (the world's tallest building) and at MEFMA he spoke passionately about the need to adopt standards, explaining the MEFMA rating system of 1-5 stars and how this would be measured.

The key to all this is for FM to be involved with constructors and building owners at the development stage, to share in the vision of the building with all stakeholders, from financier to the end user. The need for a strategic asset management plan is now imperative, he said.

MEFMA used the conference to announce the launch of an official publication, Facility Insights, which will publish in May and bi-monthly from thereon. Judging from the conversations at this event, there is not likely to be any shortage of information to make each issue relevant.

Other speakers spoke of "asset value", bringing to light the thing that's been missing so far - sustainability. Meshal Al Shamari, director of Qatar's green building council, spoke of an increasing demand for eco-friendly materials and how green buildings could save energy, cut operating costs and improve workplace productivity and health, giving a greater return on a company's key asset, its staff.

In Dubai, air quality is very important. Most people spend up to 90 per cent of their time indoors, and the air quality inside buildings can be more dangerous than the air outside. Increased initial costs in dealing with the need to improve air conditioning systems would nevertheless result in big benefits, not least increased asset values. Additional upfront costs are offset by a decrease in long-term life cycle costs and should be viewed as an investment into the asset, not a cost.

The call for a reduction in energy consumption by buildings was cited repeatedly at the conference, and one thing became very clear as the event progressed; more people here now believe that energy-efficient technology will play an increasing role in local projects.

In Dubai, as elsewhere, sensors are used routinely on equipment to send information on performance. But "the internet of things" will eventually see everything, even the taps in washrooms, having their own IP addresses and informing the helpdesk or engineer by email that they must be fixed. As with elsewhere, the need is for FMs to understand and embrace the technology.

One thing that's far less prominent in Dubai and the Middle East generally is talk about building information modelling (BIM). Over here, the best that can be achieved in the short term is to enable buildings to be more intelligent, a theme summed up in a phrase used by Sam Bose, CEO of intelliSense.io: "Retrofitting brains into a dumb asset" - the retrofitting of wireless sensors to help cut energy costs.

There were differing views on what constitutes "building and FM standards". Abdel Nasser Taha, architectural consultant and development director of Emaar Egypt, spoke about the political economy of energy and how much this plays a role in infrastructure. "Who should FMs approach to get across the benefits of sustainable buildings? The buyer, who is paying for the building, or the developer?" he asked. In his view it's the developer - because the developer can show the value to the buyer and say, "don't build bigger, build better; instead of quantity, choose quality".

The region is growing, but growth differs in each country. The amount of proposed investment on infrastructure was underlined when two speakers from Saudi Arabia, Dr Mohammed Abdul-Azis Al-Fouzan and Dr Zohir Mohammed Al-Sarraj, chair and vice-chair of OMAINTEC, spoke about what was happening there. $50 billion is to be spent on education and medical services, 100 colleges and universities. Then there's $66 billion for the Riyadh metro, Kingdom Tower, and King Abdullah Financial District (34 towers and a marina).

In Saudi Arabia, the ministry of labour gives final authority on which builders and FM providers get a licence to work. One train of thought is that the contractor should also maintain the building.

Delegates were unanimous in wanting standard guidelines, but there was discussion about how this could be enforced as there is no legal pressure on builders to build to an approved standard. It was suggested that guidelines and standards would be taken on board as the market demands - when firms start looking to rent buildings with high star ratings. Contractors will then look to have better ratings than their rivals.


Providing leadership
Management training was also high on the agenda at MEFMA. Not all ideas for innovation in the FM service make it to fruition, said Jason Ruehland of Emrill Services, but you should never stop your staff trying - because innovative ideas can make a substantial impact on your service to clients. Event facilitator Liz Kentish spoke of the benefits of less F (facilities) and more M (management) and why a need existed to focus more on management skills and the language of business.

MEFMA's determination to establish standards was evident throughout this event; the issue is in ensuring such standards meet the needs of all parties. The norm in the Middle East has always been "build it big and build it quick", so these standards will take time to gain ground. Yet they will, as investors seek assets of long term value - and that means FM becoming increasingly important.