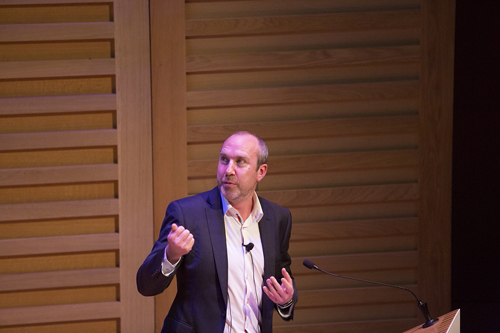 An outline by Max Farrell on the main findings of the Farrell Review of Architecture and the Built Environment revealed the absence of FM input to the research.

In January 2013, renowned architect Sir Terry Farrell was asked by Ed Vaizey, Minister for Culture, Communications and the Creative Industries, to undertake a national review of architecture and the built environment.


In his presentation at  presentation Max Farrell, son of Sir Terry and a partner at his firm, gave a broad outline of the review's findings.

He was introduced by David Sharp, MD of Workplace Law, who was surprised that the review had remarkably little input by the FM sector. However, Max Farrell did invite interested parties to get involved by responding to its findings.


Farrell review facts
The purpose of the Farrell review was to examine the role of architecture and the built environment and how it can help develop high-quality design and innovation.

It was undertaken by Sir Terry Farrell and his team, who were in turn advised by a panel of industry leaders from education, outreach, urbanism, architecture, property and philosophy.

But as David Sharp noted, of nearly 200 people who contributed through various workshops, there wasn't any FM input; while of the 11 institutions that gave their formal feedback not one of them was from FM.

According to Max Farrell, the review was intended to be much wider than just architecture.

"We thought it was important to be a lot broader and look at the bigger picture. We also thought the objective was not to talk to ourselves as an industry, but engage with the wider public and make architecture and the built environment a big public issue."

One of its main findings was that instead of relying on an outdated planning system, there should be more proactive reviews of existing places, under the acronym PLACE, meaning Planning, Landscape, Architecture, Conservation and Engineering.

Max Farrell also questioned the role of government in the management of the built environment, reporting that the review met with 17 government departments, which (for the first time) shared their experiences of key issues like accessibility, procurement and sustainability. This, he said, showed why there is a need for more consistency.

Accordingly, Farrell recommends the appointment of a chief architect in much the same way as the construction sector has a chief construction adviser.

The review can be downloaded from www.farrellreview.co.uk and FMs or other interested parties are invited to add their thoughts and recommendations to the site.