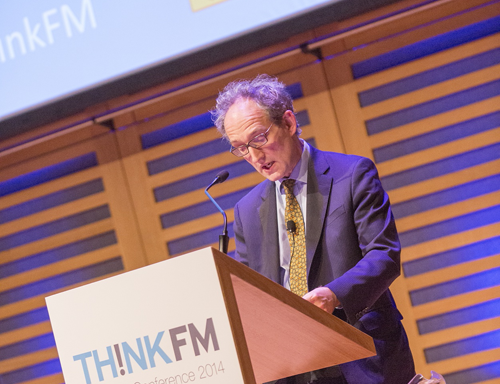 The way three London boroughs came together to merge their facilities services has provided a template likely to be repeated elsewhere.

At last week's ThinkFM conference in London, Nicholas Holgate spoke on the subject of collaboration in the public sector.


Holgate paid tribute to the former leaders and CEOs of the three boroughs of Westminster City Council, the London Borough of Hammersmith & Fulham and the Royal Borough of Kensington & Chelsea - whose combined efforts resulted last year in the going live of a unique £150 million combined FM services deal.

These people, said Holgate, "set aside the habits of a lifetime in the aftermath of the 2010 elections to say 'we need a big play to maintain the services we deliver'. They didn't succumb to what was then a fashionable pessimism about the level of services affordable over the term of the incoming government".


Ripe for change
Today, the three boroughs are at the forefront of innovation in local government, said Holgate. But, "back then, the world stopped at the borough boundaries".

The three boroughs were, to differing degrees, all up for new ways of working, collaborating and combining their spending power. "Westminster already had a proud record of outsourcing," said Holgate, "whereas Hammersmith & Fulham needed to go further in terms of tearing up the old ways of working.

"From the get-go there was a willingness at the top to do things in a different way. We realised we had an opportunity, stimulated by extraordinary financial pressure.

"It helps that the same political party is in charge of all three boroughs. But actually, the difference in doctrine and philosophy is quite considerable - there was more bridge building required than you might think."

FM was an area ripe for investigation, said Holgate.

There was a need to balance "the certainty of what we were paying for this large bundle of different services with the challenge of asking the service provider to do better over time, and to share with us the dividend as they made inroads into what had been perfectly good, if not necessarily appropriately scaled, predecessor services."

So a step change was required, with the prospect of a faster rate of service improvement than the boroughs might have achieved on their own.

"There were three heads, and three hierarchies to deal with. And even when the councils and their CEOs were working together, the three boroughs were using different standards, different degrees of knowledge, different forms of ICT, different budgets and budgets structures.

"The three council leaders started on this trail more or less straight after the 2010 general election; the OJEU post for seeking expressions of interest was published 31 October 2011 - a good 15 months later. The final submission bids came in on 31 December 2012 - so you can see, this took serious amounts of time. You can tell from the timetable we went through that this was about getting as wide and deep shared an understanding as possible with a provider set to be our partner for quite a long time - and here, Comet Advisory, who supported us in this process, deserve a small shout of praise.," he added.

"All of us, including Amey, have things that we need to learn. It's a 10 years-plus contract, which correctly puts a huge amount on seeing one another's point of view."