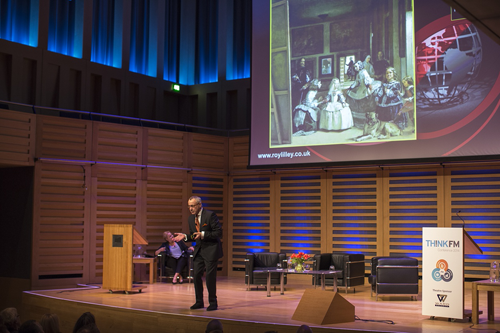 At last week's ThinkFM conference in London, Roy Lilley presented a vision of a future NHS in which a focus on health outcomes and smaller, more localised specialist units would fundamentally change the nature of FM services required.


Current government programmes aimed at cutting the cost of the NHS are likely to fail, and while IT can and indeed has reduced certain costs, technology alone is unlikely to address the sheer scale of the savings required.


A fragmented future
"It's the most popular health service in the world, free at the point of use, and everybody admires it. But they want to change it - to what? I don't know, and nor do they."

But what we can be sure of is the growth in specialist units. The way footballer Fabrice Muamba was dealt with when he collapsed on the pitch in 2012 is, said Lilley, "a glimpse into the NHS of the future".

Muamba was taken directly to a specialist heart unit, and we'll see more of these for a variety of requirements, including care of the elderly where, rather than go to A&E, someone is taken directly to a geriatrician and seen within 20 minutes and their departure time is planned on the day they arrive.

"Specialist units will redefine hospital provision in the UK and the services that need to be provided to them. Those are the changes that will come, the things that will redefine your business.

"The key is to understand the changing environment in which business activity takes place. The NHS is moving where it is conducting its business. We're moving beyond the time of FM contracts being exclusively with hospitals."

"The sheer scale of change within the NHS will make it unrecognisable. The financial freeze hasn't begun yet.

"What's your role in all of that? We're not interested in big hospitals anymore, but primarily lots of services moving into doctors' surgeries. How are they going to keep them clean? How are doctors' surgeries going to cope with the demands of the CQC?" he asked.

"The number of services you can deliver to the NHS will decline because the number of services required in hospitals will decline. More and more services will be devolved down to primary care providers. You need to be open to the way you run your business; be ready for change. Scour the world for innovations, do exciting things and move in time with your customer. For you, this can be either a fabulous time or a disaster."