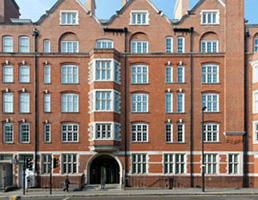 The government has cut the size of its estate by the equivalent of "26 Buckingham Palaces", says a report from the Cabinet Office.


In its latest State Of The Estate Report, the government says it has saved more than £1.2 billion since 2010 through its estate rationalisation strategy, trimming the estate by two million square metres.

FM World reported last year that seven government agencies were relocated to one site as part of the rationalisation project.

The government claimed the move reduced its property footprint by 110,000 square feet and saved taxpayers £60 million.

The Cabinet Office also reports that £240 million has been saved on running costs against a 2009-10 baseline, as well as a 7.6 per cent reduction in the cost of office space per employee.

Francis Maude, Minister for the Cabinet Office, said: "As part of our long-term economic plan this government is shrinking its estate, getting out of land 26 times the size of Buckingham Palace over the last four years.

"We are on the side of hard-working people so I'm pleased we saved taxpayers a cumulative £1.2 billion between the last general election and March 2013 by getting out of or selling unnecessary and underused properties."

But earlier this week, the Audit Commission suggested that surplus local government estates - property and assets that are operational but not used to provide or support services - are worth up to £2.5 billion.

The commission suggested that councils are not getting the best value for money from its assets, also stating that English councils spent £5.6 billion on operating and maintenance expenditure.