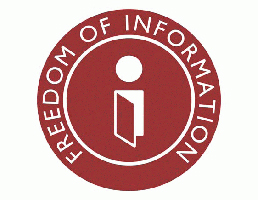 The government says it will consider extending the Freedom of Information Act (FOI) to contractors supplying public services.


In a response to a report in March from the Public Accounts Committee on contracting public services to the private sector, the Cabinet Office said it agreed with a recommendation that it should explore how the FOI regime could be extended to cover contracts with private providers.

A new Code of Practice for FOI will be issued this autumn. The Cabinet Office said: "Its success will be reviewed and agreed across the government where it relates to contractors. If necessary, at that time, the Cabinet Office will consider whether other changes (including the formal extension of the Freedom of Information Act) might be needed."

The Cabinet Office said that where external providers deliver public services it expects contractors to assist public authorities fully in meeting the current obligations of the Freedom of Information Act (FOI).

The response said: "In future, the government is keen to see as much disclosure of performance information as possible under the contracts. To test how best to achieve this, the government will work with the CBI to agree key principles for greater transparency by autumn 2014, including improving the publication of contracts on Contracts Finder."