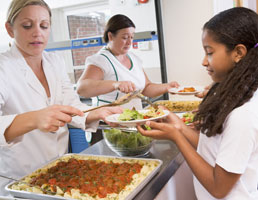 FM experts have welcomed the ban on exclusivity clauses in zero-hours contracts.


The changes announced by the government yesterday will allow employees on the contracts, which do not guarantee work, to seek work from other employers.

Dave Wilson, director of Effective Facilities, said that he had been opposed to the way zero-hours contracts worked because they stopped people getting work.

"There's a place for a certain amount of casual labour," he said. "Everyone has peaks and troughs of demand and one-off events and it works for some employees."

"But there's a distinction between zero-hours contracts and casual contracts where workers have a choice and other benefits."

Wilson welcomed the changes allowing zero-hours workers to seek work elsewhere, but added: "At a time when we're coming out of recession people should be recognising the value of employees and showing commitment to them."

Guy Stallard, director of facilities at KPMG, also welcomed the changes and said they would have benefits for employers, who would get access to a wider network of staff.

"To keep employees interested and simultaneously ensure that employers have access to high-calibre individuals, it is also important that organisations pay their staff a living wage," he said.

"A guaranteed income - and one that will ensure that they don't need to worry about paying their rent or food bills - is more likely to build loyalty and motivation to drive the quality of service that customers want to see."

There are estimated to be about 125,000 zero-hours contract workers tied to an exclusivity clause, and the government said the ban was to clamp down on abuses in the workplace by less scrupulous employers.