Former FM of the Year Stoddart passes away 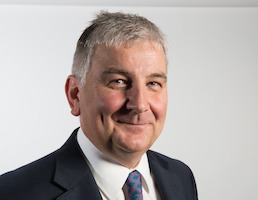 Former BIFM FM of the Year 2011 and fellow of the institute Chris Stoddart has died.


The news of Stoddart's death emerged last night and the circumstances are unknown at this stage.

Stoddart will be missed by the FM profession in which he played an active part. His participation within the BIFM include roles with the Fellow's Forum, WIFM, Rising FMs, People Management and sitting on BIFM's Governance committee.

Gareth Tancred, CEO, BIFM, said: "I was extremely sad to hear the shock announcement about Chris.

"Chris has been a huge advocate for BIFM over the years having held a number of roles with various SIGs. He was not only someone who achieved so much professionally, typified by being awarded FM of the Year in 2011, but also someone who contributed so much to FM as a whole.

"I had spoken to him recently about his role as lead judge for this year's FM of the Year category and he was extremely excited. He was a very popular figure within the team at the Institute and with volunteers; he will be very sadly missed. Our thoughts at this time are with his wife Nikki and his family."

Julie Kortens, chairman at BIFM, said "I was so incredibly sad to hear of the loss of Chris Stoddart who I have known and admired for many years through his tireless work with BIFM but also as a trusted advisor. He will be missed by so many and my thoughts are with his family, friends and colleagues."

Consultant Martin Bell, who worked with Chris as a BIFM Awards judge, described him as "consistent, sensible, utterly likeable - and thoroughly ethical."

Polly Plunket-Checkemian, Cushman & Wakefield's head of UK property & asset management, said: "Chris was a very talented and highly respected individual who has been a senior member of Cushman & Wakefield's Site Services team since joining me as General Manager of Salesforce Tower in early 2010. Our thoughts at this time are with Chris' family, his wife Nikki and friends, of which I was proud to call myself one."