What does the FM Framework agreement mean for the sector? 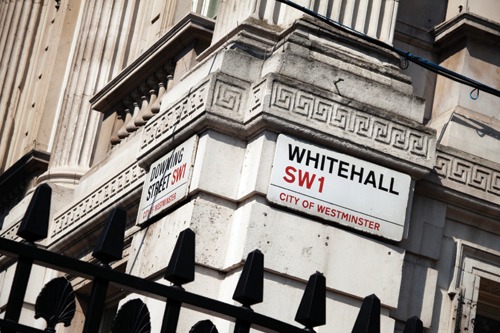 BIM is part of FM framework for tenders

Earlier this month the long-awaited Official Journal Of The European Union (OJEU) tender notice for a Facilities Management Services Framework Agreement was published.


Central government departments, their arms-length bodies and the wider public sector will be able to use the agreement for the provision of FM services.


The old facilities management model expired on 27 July 2014 and the one for NHS Building and Engineering Maintenance Services is due to expire on 19 October. Neither agreement has an extension option, which is why an alternative contracting vehicle for FM-related services was required, according to the government.

The new Facilities Management Contracting Model (FMCM) includes a number of elements, one of which is the framework agreement for FM Services.

But the Crown Commercial Service (CCS) also intends to publish separate OJEUs relating to the FM Marketplace (Dynamic Purchasing System) and FM Assurance Service requirement, which was previously intended to be developed as a separate lot under this agreement. The FM Assurance Service will provide an independent helpdesk, Computer Aided Facilities Management (CAFM) and assurance oversight for customers who may have multiple FM suppliers providing services.

This consists of Lot 1 relating to Total Facilities Management; Lot 2, which relates to hard FM and Lot 3, referring to soft FM services.

The spokeswoman said: "Customers will be able to let contracts for both hard and soft FM services under separate agreements, using suppliers that have been specifically selected to deliver within those specialisms.

"The intention is that there will be a maximum of 30 suppliers under three lots (maximum 10 suppliers per lot) enabling suppliers to be able to bid for specific services and specialisms they may not have previously been able to."

The FM framework agreement also includes provision for Government Soft Landings (GSL) and Building Information Modelling (BIM) to be embedded into any further competition contract let. This was a development first touted by Deborah Rowland, head of FM policy and strategy at the Cabinet Office, at a conference in April.

At the time she said: "GSL is part of the BIM Level 2 mandate for all government construction new-build and refurbishment projects - so it's in that package which is mandated for 2016. We are also working on how we embed GSL into the new FM contract model and into future construction frameworks to ensure that GSL is supported. The model will go through procurement this year, so we're working on that now."


Falling off the BIM cliff
At the same event, BAM's Kath Fontana called on government to mandate BIM for FMs to encourage them to use it, otherwise there was a threat that FM would "fall off the BIM cliff". Making GSL and BIM a part of the agreement is a step in the right direction for the industry.

FM services fall within the CCS's remit "to centrally manage the purchase of common goods and services, as they are currently managed by each department autonomously which does not maximise government's purchasing power and prevents government being an intelligent client to the market", the spokeswoman added.

Now that the government has introduced a standardised model for all customers and suppliers, it will be able to analyse and benchmark supplier performance "across a level playing field which has not previously been possible".

The government is also convinced that the agreement will allow contracts to be let for multiple customers and departments under single agreements, reducing the number of tenders brought to market. This will "increase the size, scale and value of the opportunities for suppliers", it says.