The workspace in our heads 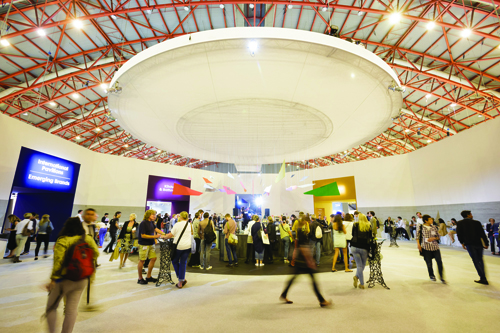 The clear message from last month's 100% Design, the UK's largest design trade event, is that people are distinguishing less and less between the places they live and work, says Mark Eltringham.

Two or three years ago, the organisers of 100% Design decided to segment the show according to whether the products on show were relevant for the workplace, hotels, homes or public spaces.


They did this, presumably chastened by criticisms of the mélange of office, home and public that characterised the show, in spite of the fact that the world was moving in their direction. The boundaries between the zones of our lives are now so blurred that when occupiers are surveyed to establish what they consider an ideal working environment, what they describe sounds suspiciously like Starbucks or their living room.

Meanwhile, drop-in offices are springing up across the UK's rail network and a recent report from the Fraunhofer Institute found that hotels are significantly increasing the space they offer as a workplace for guests.

All of this matters to facilities managers because of the challenges and opportunities it offers them to cut costs, increase productivity and serve the needs of a shifting, mobile and demanding workforce. Whereas once office buildings were planned with arithmetic - based on the numbers of people and the sizes of desk they were allocated (a tradition upheld to this day in the recently published 2014 edition of the BCO Specification Guide), we now increasingly plan space using geometry, based on usage rather than occupancy.


Desks out
Now that we've reached the lower limits of what is acceptable to humans in terms of their personal space and desk size - just check out the continuing debate about the wisdom of open plan - we are into the realms of providing space that offers people a place to go in the same way they expect of a coffee shop, campus, train, serviced office or hotel foyer.

This shift is evident in the representation of workplace design at 100% Design. Just a little over 10 years ago, desks were still largely all-important. Now they don't really turn up at all in the Workplace Hall or in any of the world's other big office shows, except to accessorise the real stars - chairs, screens and servicing - and sit alongside crossover products - soft seating, acoustic booths, meeting tables and soft furnishings.

One of the youngest companies here is also one that has helped to define this changing workplace. Buzzispace shifted perceptions of the perennial issues of acoustics and personal privacy from a solution dependent on the specification of upholstered rectangular panels between desks into something far more interesting. The next phase of its evolution is no less intriguing, with the creation of a non-specific bench and seating product alongside the reinterpretation of Ernest Race's classic BA3 chair from the 1940s as a product for the office (or wherever).

Iconic products seem particularly adept at this crossover. Other classics inhabiting the intersections between different types of place included Robin Day's 1952 675 chair for Case and perennial favourite the Eames Aluminium chair by Vitra. Newer products were also to be found in this grey space including the unmistakeably domestic aesthetic of Maya by Lyndon Design, which nonetheless is aimed to a large extent at the office market. 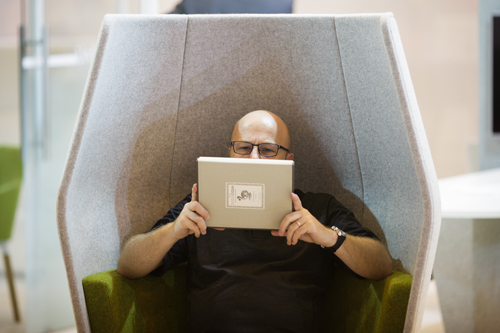 Pod burst
The main theme as far as the more mainstream office furniture-makers were concerned remains acoustics and privacy. Boss Design launched a new family of acoustic seated pods called Peek & Boo for reception/break-out spaces. EFG - debuting here but a long-established name in the market - showcased a number of products including an acoustic booth called Box.

Vitra also reflected the privacy meme with its Workbay product designed by Erwin and Ronan Bourroullec. On a related theme, Euroworkspace launched its simplicity range, a more architectural solution to the same problem that also incorporates personal lockers.

One other thing that was noticeable in the workplace hall was an element of the practicality more commonly associated with an event like the Facilities Show, albeit in a slightly glossed-up form. So we saw coffee vending machines - but sexy ones, of course - not one of those offering plastic cups and the dread that the person who visited before you had had the soup. Here we had Scanomat bringing 'coffee to the forefront of design with the stylish TopBrewer smartphone controlled bean-to-cup coffee machine', which (of course) its makers claim is suitable for both home and office.

Similarly, the once-worthy issue of cable management and servicing was given a new twist for our peripatetic age with the launch of Aircharge from Ergo, a wireless charging plate for phones and other devices that can be integrated into other elements, including furniture and lighting. And OE Electrics presented a range of products looking to meet the same needs of mobile workers in a visually arresting way, but with the familiar use of sockets and USB ports.

Beneath all of these products - even the coffee machines - is a tacit admission that we can no longer rely on clear demarcations between the various places we work. The real workplace is now in our bags, pockets and heads and people are less able or willing to distinguish between the physical places we use to access and share their contents. The organisers of 100% Design may have segmented the places in which we work and live our lives within the halls of Earls Court, but the outside world thinks these old distinctions are of diminishing relevance.