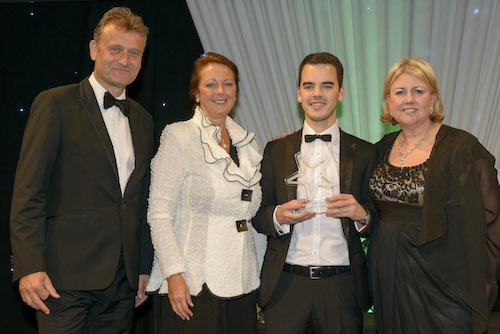 
Leighton, who works as a regional account director within Cofely's operational team across several contracts in London and the South-East, began his five-year journey in FM in September 2009 when he joined Cofely as an apprentice electrician at a large hospital in the North-East.

Advised by an HR manager to join the company's management graduate scheme, Leighton took a part-time degree in business leadership and management alongside full-time work. His initial placement was in a large-scale mobilisation and transition of Cofely's Lambeth Local Authority TFM contract.

He then moved to the Queen Elizabeth Olympic Park to carry out duty management for 'Park in Progress' tours, overseeing more than 33,000 visitors, and took part in managing several events at the ArcelorMittal Orbit for clients such as BT Sport and guests such as Lord Coe and Mayor Boris Johnson.

Leighton also carried out P & L responsibility for the company's Balfour Beatty Rail account, gaining £750,000 worth of new business. He also took an interim soft services manager role, where he drove up client satisfaction levels from 40 per cent to 80 per cent in the client's monthly audits.

The judges commented: "Mark blew us away with his amazing passion, innovation and creativity in his approach to everything he does."