Responsible for setting and delivering the FM strategy for LBG (having TUPE transferred from LBG in 2012), Newton was part of the team that designed the scope of the contract, implementing and then delivering one of the largest integrated FM contracts in the UK.

Newton has driven change on the contract from the front, receiving praise from Mitie CEO Ruby McGregor-Smith as a 'true leader'.

Valued at around £185 million a year, the LBG contract is the biggest in Mitie's portfolio, employing more than 6,400 Mitie people. It is Mitie's fourth largest business in its own right.

Newton's career history to date includes roles at Asda, Acxiom, the Co-operative group and a number of other development/construction organisations. While at the Co-operative Group, Newton's work included the development of large multi-temperature distribution centres/projects (circa 350,000 sq ft/£75m) enabling greater "on-shelf" availability to retail customers, real estate activities such as general estates surveying/acquisitions/disposals, the provision of facilities management and ongoing property lifecycle management. 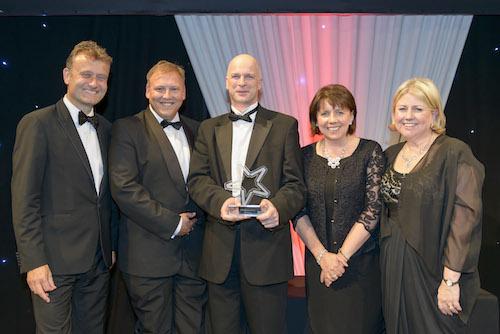